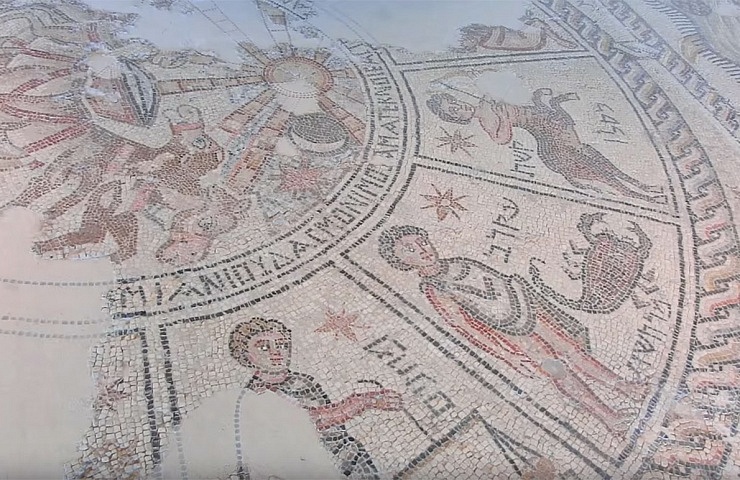 Tzippori is a national park these days, covering an area of around 16 square kilometers. It is located in central Galilee (northern Israel) nearby the city of Nazareth.

Tzipori is based geographically on a hill, some 300 meters above sea level, watching over the “Beit-Netufa Valley”.

Its name means “My bird”, stemming from its perfect climate: cool, with pleasant breezes and mainly – like a bird high up on the hill-top….

Byzantine and medieval tradition has it that Tzipiri was the birthplace of Mary. Jewish tradition align the ancient city with one of the most important Rabbis; Rabbi Yehuda Hanasi. Legend has it that he has been born on the very same

day that famous Rabbi Akiva was put to death by the Romans for his part in the Jewish Revolt.

The site had undergone massive archaeological excavations and had been opened to the public in 1992. Some excavations are still underway, these days as well.

Excavations had already begun in 1931 and were first led by Dr. Leroy Waterman of the University of Michigan. Over the years, a number of other delegations joined in, mostly from the US as well as form Israel Universities.

Major sites to visit at the site are:

A full tour throughout the excavated ruins would take around 4 hours; it is comfortable, to visit the site, year-round.