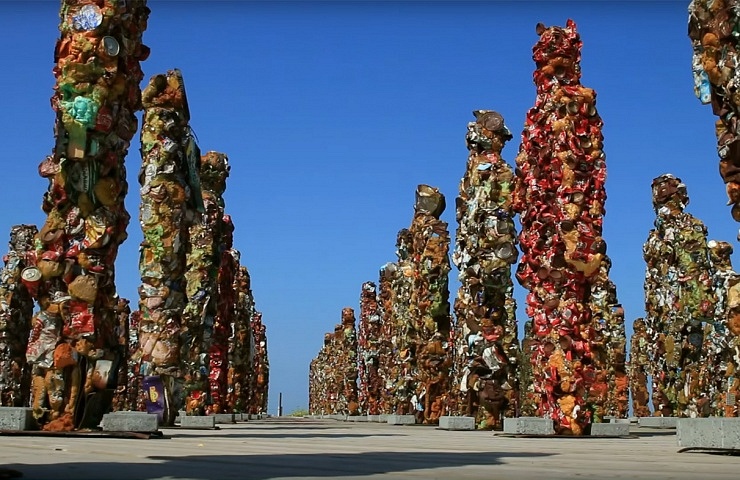 The recent international relocating exhibition, called “Trash People“; is based on  figures that had been molded from tin-cans/computers plastics or car-parts.

Further to the concept of Green; the exhibitions stands for the waste that is produce, every day.

It is Schult’s message of how he perceives humanity and their consequences on this planet.
The exhibition had traveled and been presented in a variety of countries, as Germany. Norway (in cold Svalbard), on The ancient Wall in China, in Italy, Egyptת and Moscow and in a total of 18 countries. The exhibition had been visited by some 25 Million people.

Next destination is Israel; during Passover; April 6-20, at the Ariel Sharon Recycling Reservation, near Tel-Aviv.