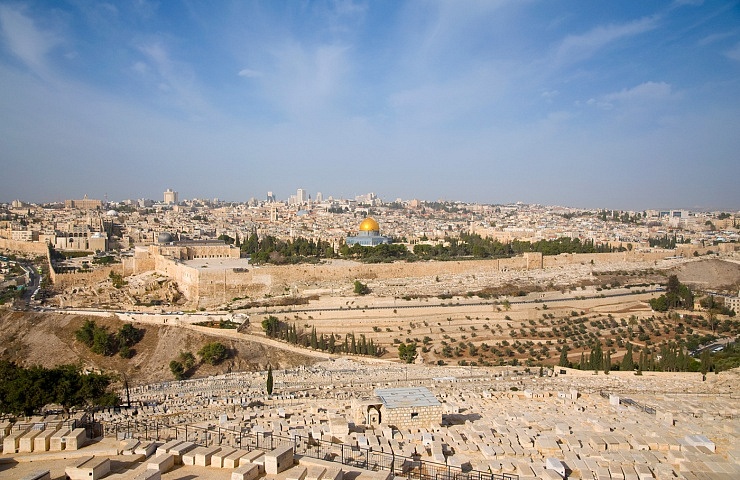 Here is a suggested itinerary when following the Bible- History and Theology path in an Israel Tour:

Descend Mount of Olives, drive along East City wall to view Gethsemane and visit The Church of All Nations, also known as the Church or Basilica of the Agony

Visit King David’s Tomb and Room of the Last Supper (Caenaculum); enter Old City via the Zion gate. Or via Jaffa Gate

Descend and pass the Compound of the Hospitaller Knight’s compound and church for a view and detailed explanation of the Temple Mount.

Leaving the Western Wall plaza by Wilson’s Arch, head to the Muslim Quarter to see Mameluke architecture mixed with Crusader and Ottoman construction

Leave the Old City of Jerusalem, pass the first neighborhoods outside the walls; pass through Rehavia to the National compound

The New Jerusalem neighborhoods and the Parliament (Knesset) complex, Drive past the Supreme Court, leave the city via the Chords Bridge

Jaffais an ancient port city believed to be one of the oldest in the world. Jaffa has been incorporated with Tel Aviv creating the city of Tel Aviv-Yafo, Israel.

Archaeological evidence shows that Jaffa was inhabited some 7,500 years BCE.

Jaffa’s natural harbor has been in use since the Bronze Age. Jaffa is mentioned four times in the Hebrew Bible, The New Testament account of St. Peter’s resurrection of the widow Tabitha written in Acts 9:36-42 takes place in Jaffa. St. Peter later had here a vision in which God told him not to distinguish between Jews and Gentiles as told in Acts 10:10-16.

Caesarea the ancient port Roman city became the center of Early Christianity in Palestine. Early Christian mentions of Caesarea in the apostolic period follow the acts of Peter who established the church there when he baptized