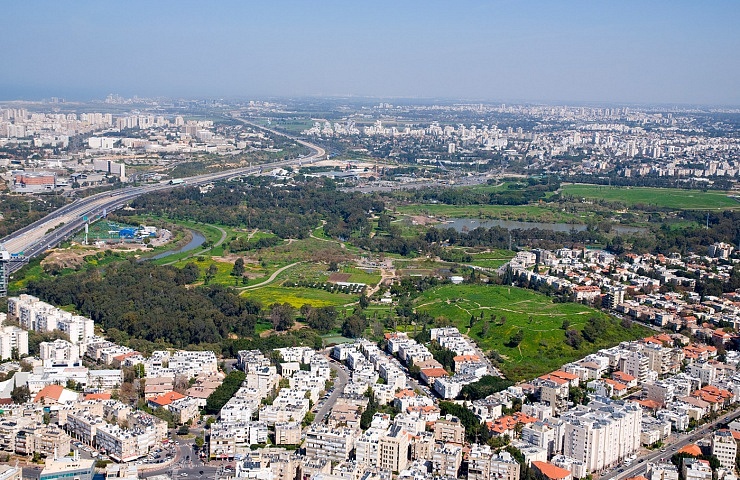 The Yarkon National Park was originally designed in 1969 and opened to the public in 1973.

The park includes approximately 3250 acres of flora and fauna

The Park was later named: “Ganei-Yehoshua” to commemorate Yehoshua Rabinovich, Mayor of Tel-Aviv city between the years 1969-1974.

The Yarkon River is home to a variety of Flora and Fauna that flourish there. The River is still polluted despite the efforts of the last years to clean and preserve it in a purer. Efforts are still under way.

Many concerts have been taking place in the Park and a variety of international artists have performed there; artists as Paul McCartney, Michael Jackson, Madonna, Red Hot Chili Peppers, Elton John, David Bowie and more….

Other attractions in the Park are bicycle routes, Sports facilities, a theater, rowing boats and many more. On Saturdays (the free day in Israel) many families make their way to spend a sunny, warm and pleasant day I the Park. You are welcome to join them.