The Scots Hotel in Tiberius 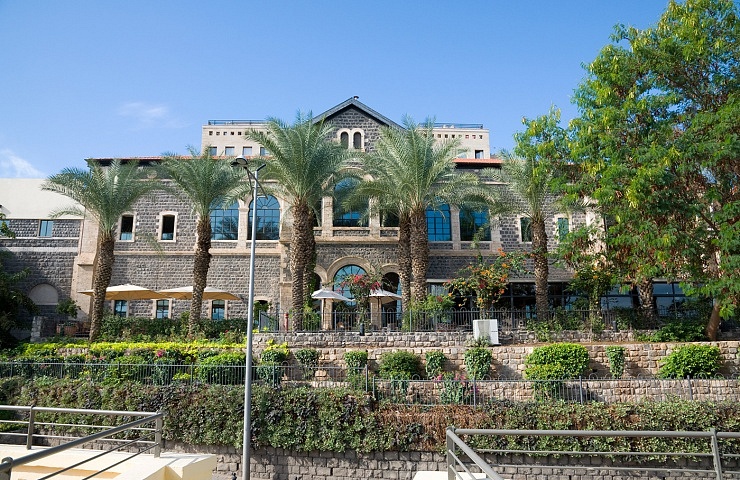 The hotel is a boutique hotel, owned by The Church of Scotland, situated in the center of the city of Tiberius. The hotel is also based with direct frontage to the Sea of Galilee.

It had been initially established in the 19th century by Dr. David Watt Torrance, a young Scottish doctor, who arrived in 1884, in Palestine in order to heal the people of the Holy Land.

In January 1894 the first hospital of Tiberius was opened with the specific purpose of being available to everyone – regardless of their race or religion.

Dr. Torrance had had personal losses; losing two of his wives and four of his children, due to the harsh living conditions and diseases.

Despite the tragic losses, he continued his work in caring for thousands of patients until his death in 1923.

His son, Dr. Herbert Torrance joined him in 1921 and continued to run the hospital until his retirement in 1953.

The Torrance family is of buried on the site adjacent to the hotel’s swimming pool.

The Church of Scotland wished to make use of the buildings so it had decided in 1999 to implement the spirit of Dr. Torrance by undertaking a major refurbishment of the guesthouse and opening a unique hotel.

The building has been renovated into a modern-conserve 19th century original house that provides first class services in a place of reconciliation for Jews, Christians and Muslims.

The atmosphere is felt all over the place.

These days, the hotel houses a Gourmet restaurant, a modern lakeside swimming pool and a variety of concerts, aside its unique rooms and suites.