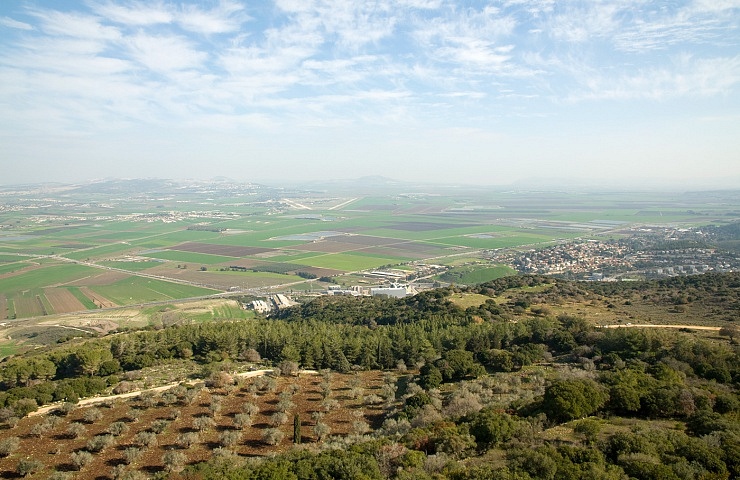 Mount Carmel is a summit ridge, rising to a height of 474 meters above sea level. It is located near the city of Haifa, overlooking the Mediterranean sea.

According to Biblical roots, this is the exact confrontation spot at which Prophet Elijah had confronted the prophets of Ba’al, when fire came down from heaven and had chosen/accepted only Elijah’s sacrifice.

These days, a monastery resides on this same ridge, called “The Monastery the fire place”. It is a Carmelite monastery.

Geographically, the summit is located on the southern side, east of the Carmel, near the Druze village Dalit-el-Carmel.

The ancient Arabic pronunciation of the name is Dir-el-Mahraqa.

In the 19th century, the Carmelite order had purchased the land in order to re-build the monastery, on its holy location. The monastery had been harmed during WW 1 and 2 but in recent years (in the 1960th) had been refurbished.

The scenery of the landscape of the sea, as well as the Jesreel valley and the Galilee – is breathtaking; especially from the roof of the monastery.

The surrounding of the ridge is also convenient for picnics, strolls in the forest and hiking.

By Bus, it is best to reach the Druze village of Dalit-el-Carmel (line 022 i.e.) and via taxi from there, or by car.