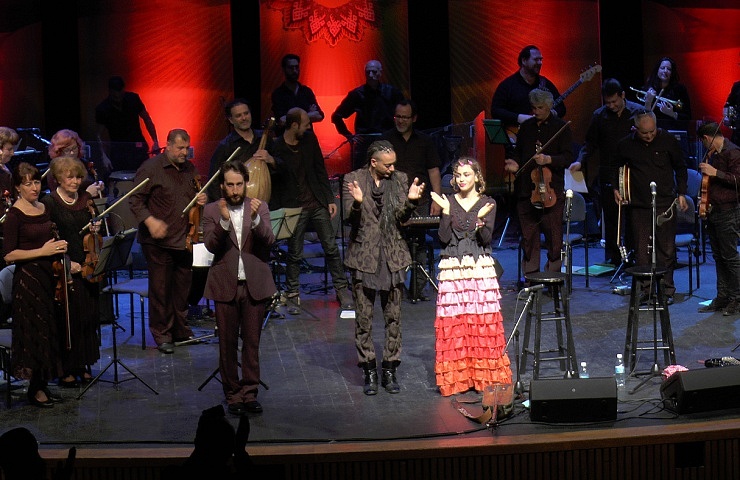 The Jerusalem Andalusian Orchestra is an award-winning orchestra founded in 1994 in the city of Ashdod. However the orchestra’s home base recently moved to Jerusalem. Today, considered an Israeli musical and cultural icon, the orchestra tours extensively in Israel, Europe, and the US.
The orchestra is composed of around 30 musicians and lyricists with family origins from Tunisia, Morocco, and Russia. They feature traditional Sephardic Jewish-Arab and Andalusian music and poetry, and combine classical Arab-Andalusian and European instruments. The orchestra plays a variety of Andalusian genres, from west to east, including; An-Andalus, (music from the Iberian peninsula), Algerian, Sha’abi (Egyptian musical genre), Flamenco, Ladino, and world music. The orchestra’s artistic director and head conductor is Tom Cohen, who is also an accomplished mandolin player. 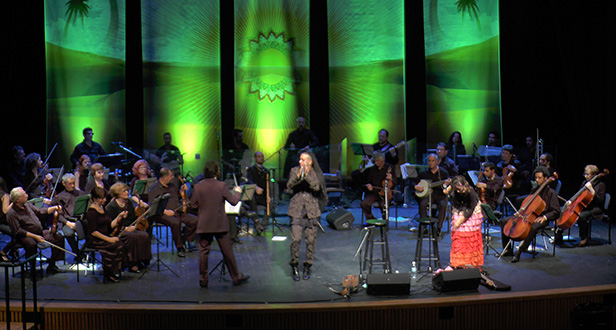 In Andalusian music, voice and instruments come together as one. The liturgical songs of Andalusia began hundreds of years ago in a time when Muslims and Jews wrote words for the same Andalusian melodies, in Arabic and Hebrew. Over the years, these songs went on to form the core of the magnificent liturgical tradition of Moroccan Judaism and Hebraic communities in general.
Most of the musicians perform on classical western instruments; violin, viola, cello, contrabass, and oboe, using sheet music.

These are accompanied by a traditional ensemble of classic eastern instruments; oud (pear shaped string instrument) , kamanche, (spiked fiddle or knee violin), qanun (zither), ney (end blown flute), darbuka, (goblet shaped hand drum), and tar (lute). The musicians who play these instruments, play without sheet music, using the knowledge that has been passed on to them from generations.
More about the orchestra and their performances can be found on their site, http://www.andalusit.org.il/