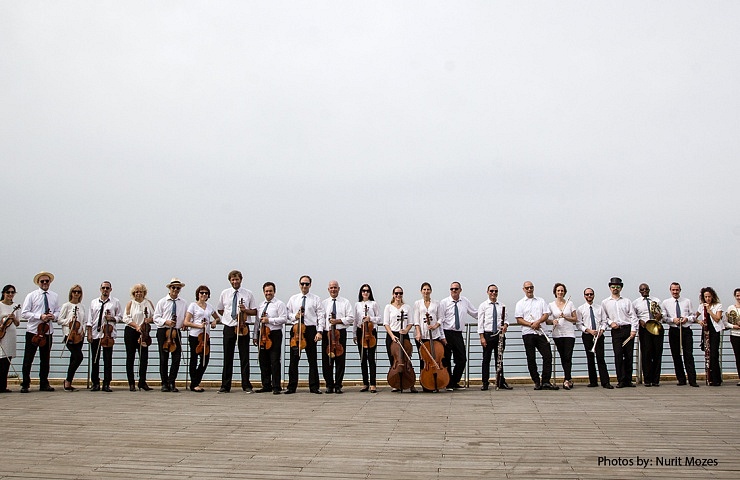 Members of the Kibbutz Movement established the Israel Netanya Kibbutz Orchestra, or the NKO, in 1970. Originally, the musicians, who lived in kibbutzim all over the country, would gather regularly to play chamber music together, and eventually the orchestra was established. 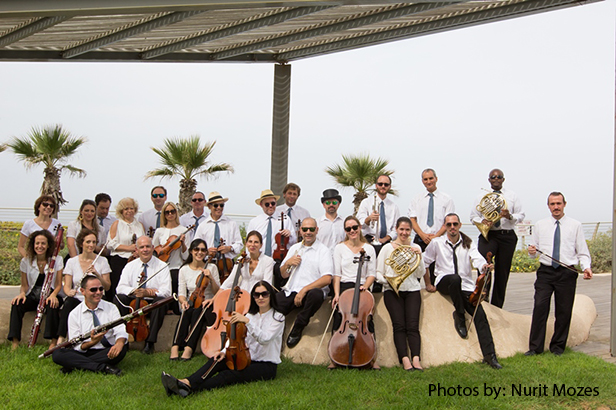 Today the NKO is under the patronage of the Kibbutz Movement and the city of Netanya. Regarded as very innovative and unique musical institute, the NKO presents classical and modern programs with different artistic styles, which often include vocals and visuals.
The orchestra performs 120 concerts every season, bringing music to the peripheries in Israel and includes a concert series for subscribers, concerts for youth, and music appreciation workshops in schools. The NKO also has a mentoring program for young musicians in 8th-12th grades, giving them an opportunity to learn and perform alongside professional musicians.
Mandoline player and conductor, Shamuel Elbaz, serves as the orchestra’s principal conductor. Swedish conductor and trombone player, Christian Lindberg, serves as the orchestra’s musical director. The NKO also hosts other famous foreign and local conductors, soloists and choirs. The orchestra often performs overseas, and has recorded works by Haydn, Vivaldi, and Israeli composers.
Concert venues include the cities of Netanya, Tel Aviv, and Nahariya, and Kibbutz Ein Hahoresh, Kibbutz Dorot, Kibbutz Mizra, Kibbutz Givat Brenner, and Beit Gavriel.
More information about the NKO and activities can be found on their Website.

NewerSea of Galilee
OlderTop and tips of Judaism and Christianly