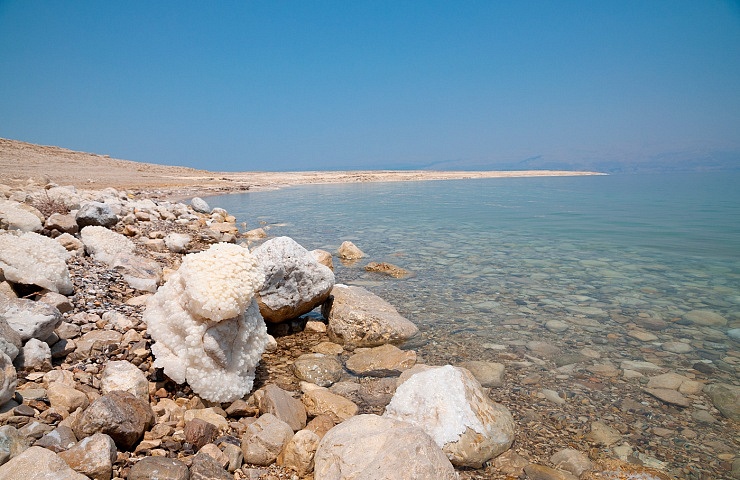 The Dead Sea has been evolving during these past years, alas not for good…..

The Dead Sea is facing a slow demise; it is now 1,377 feet below sea level and it has dropped more than 100 feet in these last 50 years; which has brought many worries re its continued existence.
This refers to both its dehydration as well as the massive number of sinkholes.

A sinkhole is a small crater, similar to holes that open up without any preliminary warning.  Sinkholes in this region are the result of the interaction between freshwater and a subterranean salt-layer, buried beneath the surface.
The freshwater dissolves the salt, creating an underground void, which causes the surface to suddenly collapse.

Both science and scientists have no way to determine when or even where a sinkhole may open.

Alas, these sinkholes have been opening around the Dead Sea at an ever growing speed.

The Dead Sea is also drying up. Dropping salt-water levels means that there is more fresh water to eat away at the salt.

Recently a unique project had been implemented, a project called “The Red Sea Project”, believed to have been a $10 billion solution. This project involves a series of pipelines, desalination-plants as well as waterways in order to carry water some 115 miles; from the Red-Sea to the Dead-Sea.

Alas, it is a controversial project; environmentalists fear that the mixture of desalinated water with the highly concentrated salt water of the Dead Sea could negatively affect rate which algae blooms, as well as put at risk all other substances (potassium, magnesium, chlorine and bromine) to serious risk.

There is yet much to handle, scientifically, in order to salvage the Dead Sea.