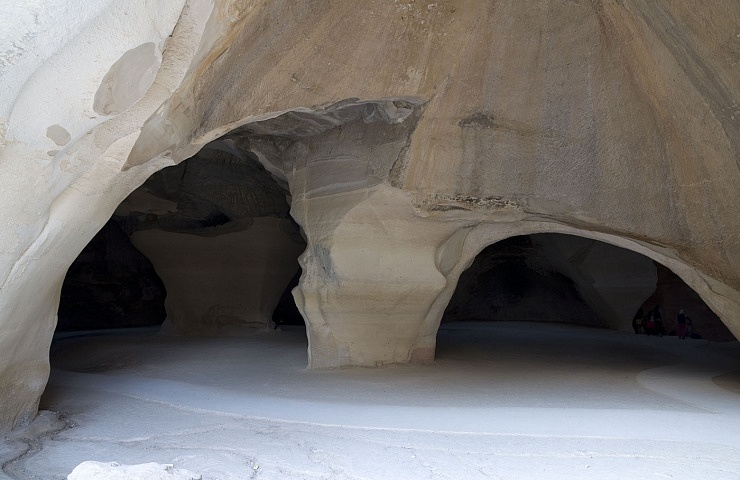 Numerous caves have been found on the western slopes of Mount Carmel, near the city of Haifa. Preliminary finding had already occurred in the 1920-30.

In addition, fourteen skeletons were uncovered, including three complete ones. All were defined as an archaic type of Homo sapiens.

Nowadays, theory has it that the Neanderthal man became extinct while the Homo sapiens developed into the modern human race. 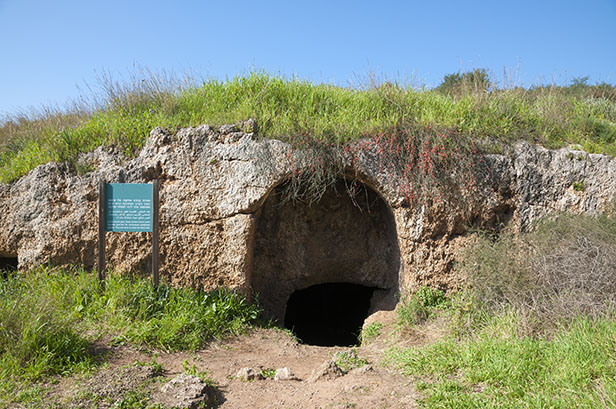 These archaeological finds shed important light on the importance of anthropological prehistoric research of the development of the human species.

The digs, no doubt, contribute greatly to the understanding of the evolution of man in the early phases of his existence.

There are several walking paths that set out of the valley of the caves, but we wish to recommend taking the easier one; a circular walk of one hour, circling the caves, via stairs that mount up and into the caves.

It is advised to set out within a guided tour.

There is an audio-visual film within one of the caves (which could be somewhat frightening to smaller children).

How to reach?
Route no 4 between Tel Aviv-Haifa, north bound; about 8 km north to Foradis junction.