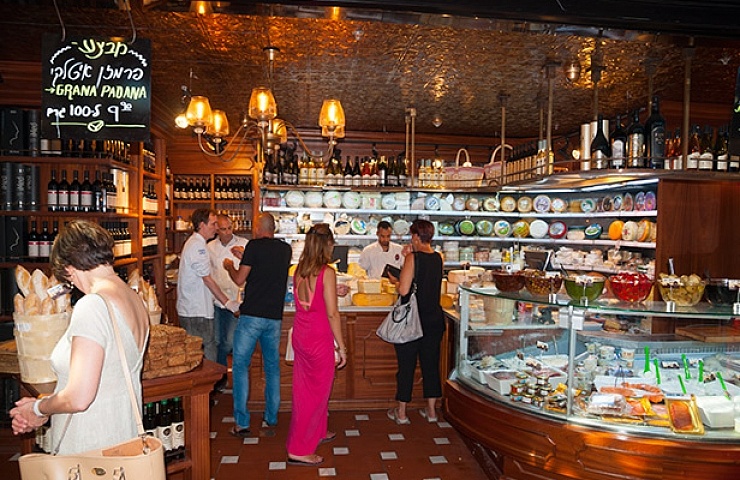 Sarona is a 140 year’s-old ex-Templer settlement in the heart of Tel-Aviv.

At the time, German Templer-settlers arrived in Tel-Aviv in aspiration of pious-missionary Christian activities. Sarona had been their third settlement in Palestine.

The Templers had transformed the little hill that overlooked the Mediterranean Sea into a growing agricultural settlement that quickly shifted the city’s new citizens’ life to both commerce and leisure.
The area stretches in between Klan and Hashmonayim streets, near the Ayalon River and main route.

History has had its impact on the terrain and after having exiled the Templers; the British mandate in Palestine had occupied the site and had turned it into a military base for the British forces.
In December 1947 the British handed over the Sarona camp to the Jewish leadership upon evacuation and nearing the announcement of the newly born state of Israel.

The new Israeli camp was called “Camp Joshua; named after Yehoshua Globerman, commander of the Tel-Aviv District for the Haganah underground.

In May 1948, the Israeli government offices were housed in some of the old Templer houses, since the city of Jerusalem was under siege, at that time.

Later, the compound’s name had been changed into “the Kiryah”(meaning- the compound).
In the 2000s the government offices vacated and moved to other offices.

Some of the Defense Forces still remain at place.

In year 2006 a plan to preserve 36 historical buildings was approved, in order to return the former façade from the time of the Templer settlement.

Work has been underway in full speed so as to finish all designs and refurbishments in order to enable a new cultural center, in the original Templer spirit that will be influenced by the modern style and energy of contemporary Tel-Aviv.

The Sarona compound offers a center for culture, leisure and shopping and its visitors’ center tells the story of the turbulent history and its important place as a national heritage site.

This unique compound should not to be missed; its Visitors’ center is a Must-see!