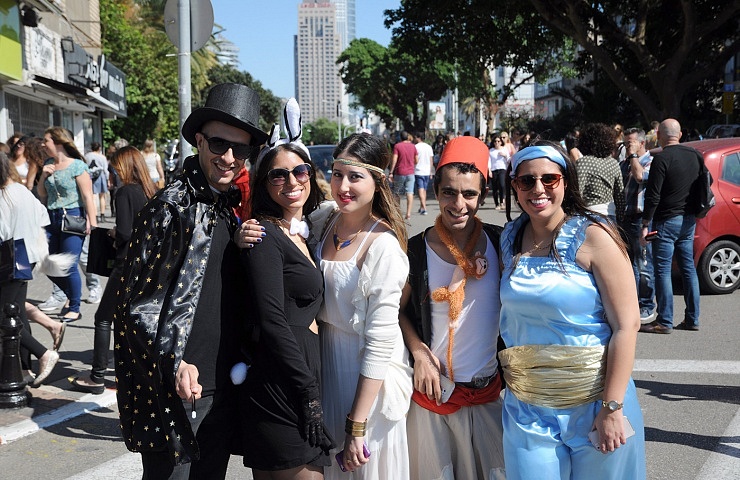 The Jewish Purim holiday is an Israeli annual dress-up and costumes’ party for children of all ages.

All ages literally thrive on this holiday….

The Purim holiday is also being celebrated with a variety of Parades in various cities throughout the country.

One of the most famous and colorful ones has been taking place, annually, in the city of Holon (not far from Tel-Aviv). The Parade is called in Hebrew “AD-LO-YADA”.

The Parade, in Holon, as in other cities around the country, usually take placeon Friday mornings, prior to the Holiday itself.
Many people join the Parades; as participants and as by standers, wearing costumes themselves…