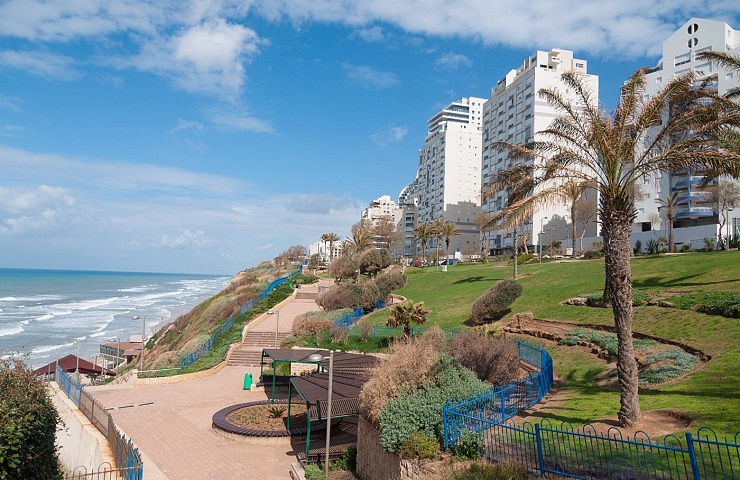 These days, Netanya is the largest city located between Haifa and Tel Aviv. The city is located 30km north of Tel Aviv and 50km south of Haifa.

The city was named after the Zionist activist, Mr. Natan Strauss; its meaning I Hebrew is “God’s gift”.

Netanya was officially formed in 1948, in the same year that the state of Israel was declared.

The city is known for being a center for tourism, thanks to its beautiful beaches, as well as a central diamonds’- trade hub. Israel, these days in considered as one of the world’s largest Diamonds’- exporters.

In addition to being one of the most common tourist-centers; it has large industrial Hi-tech areas, as well as many beaches- that align with over 25 official hotels, restaurants, theaters, cinemas etc.

Nearby, is situated the “Poleg Nature-Park” with its abundance of wildflowers –blooming mainly between February and April.

Each promenade offers a wide variety of attractions, but most of them offer mainlyExtreme Sports ; Surfing, volleyball, gliding, jeep tours, sailing, snowboarding waves, jet skis, aside a variety of restaurants, children’s recreation-areas and

even elevators- going down to the beach, directly.

In the vicinity of this site you may also want to visit Caesarea or Haifa or Mount Arbel.…