Jesus Christ and the Via Dolorosa 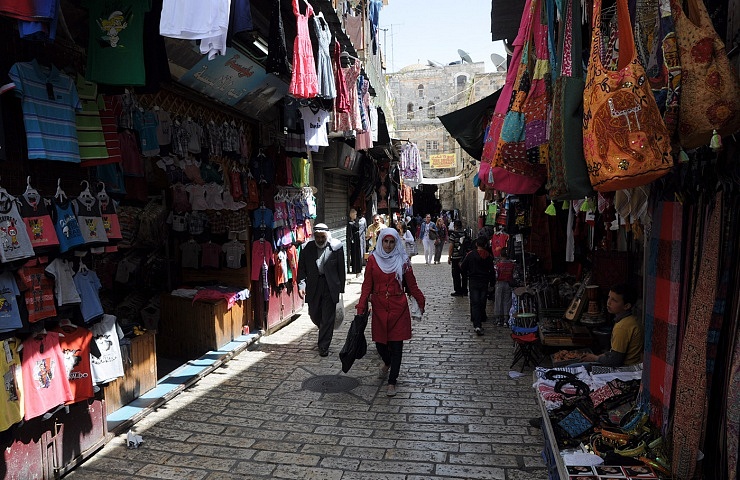 The path that Jesus Christ had taken, while walking to his death, is called: “the Via Dolorosa”, in Jerusalem. In other words it means: “The path/route of grief”.

The long path is located in the heart of the old city of Jerusalem.

Christians, around the world, visit the city in order to walk in Christ’s last footsteps. There is no solid proof of the actual path, stations or of the site of burial, but tradition has it that it makes sense that this was the path, hence, it is being adhered by millions of believers, internationally.

The major path starts at the Lion’s Gate, where it is believed that Jesus appeared before the Roman high commander at the time, Pontius Pilate and ends at the Church of the Holy Sepulcher where it is believed that Jesus was crucified and had later on- resurrected.
The route has 14 stations of religious importance in Christianity. This is their story:

Station 1 – condemned to death
During these Roman days, Pontius Pilate set at the hall of judgment at the Antonia fortress, near the Lion’s gate.

Station 2- the cross to carry
This station is located near the compound of the Franciscan Monastery, directly across the street from the first station. This is where Jesus was handed his cross to carry.

Station 3-the first fall
The station is located on the corner of Via Dolorosa and Hagai Street (El- Wadi). This place is characterizes by the path’s sharp turn.

The station is situated nearby the 3rd one; further along Hagai Street (El-Wadi). Following tradition, Jesus met his mother, Mary and said: “Woman, behold thy son!”. (Based on the book of John).

Station 5- Simon (Shimon) assists Jesus in carrying the cross
Station 5 is located at the corner of Via Dolorosa road and the Guy Street (El-Wadi). The road takes a sharp turn to the right, and then it continues to climb up hill via some stairs.

Station 6- the woman Veronica wipes Jesus’ face
Station 6, up hill, is dedicated to the woman (St. Veronica) who wiped Jesus’ face. Based on the book of Luke: “…..and there followed him a great company of people, and of women….”

Station 7- second fall
Station 7, symbolizes the place at which Jesus entered the Gate of Judgment. This is one of the busiest streets of the ancient city; the crossroads of the Roman Aelia-Capitolina and the Cardo Maximus. These days, it is the intersection of Via Dolorosa with the Oil Market
(Khan es-Zeit)

Station 8- Jesus addressees the women of Jerusalem
Station number 8 commemorates book of Luke, stating: ” …..oh daughters of Jerusalem, you shall not weep for me, but weep for yourselves, and for your children….”. It is the nearest station to the Church of the Holy Sepulcher.

Station 9- third fall
Upon approaching the place of the crucifixion, the “Golgotha”, Jesus fell the 3rd time. This station is adjacent to the Holy Sepulcher.
Approaching it, the traveler needs to pass a very narrow lane, a symbol upon reaching the lace of Jesus’ death.

Station 10- taking off Jesus’ garments
Here, at this stage, Jesus’ cloths are being torn off him.

Station 11- Jesus is being nailed to the cross
The hill of the crucifixion is called “Golgotha”. The roman soldiers nail Jesus to the cross. This station is located inside the Church of the Holy Sepulcher. In Latin it is called: the place of the skull – “Golgotha”.

Station 12- crucifixion
Jesus eventually dies on the cross. The location of station 12 is the Greek-Orthodox crucifixion altar; inside the Church of Holy Sepulcher.

Travelers see, underneath the altar, a silver disk with a hole, which states he exact spot where the Cross stood.Travelers tend to kneel and kiss this spot.

Station 13- the body
This station is also based within the Church of the Holy Sepulcher. Further to tradition, the body of Jesus was laid on this very stone after being removed from the cross.

Station 14- the tomb
The final station of Via Dolorosa is located in the “Rotunda “; in a round hall. It si believed that Jesus’ tomb is located in a smaller structure, directly in the center of the circle.

When in Isarel, it is recommended to also review important sites for the Christian travel.