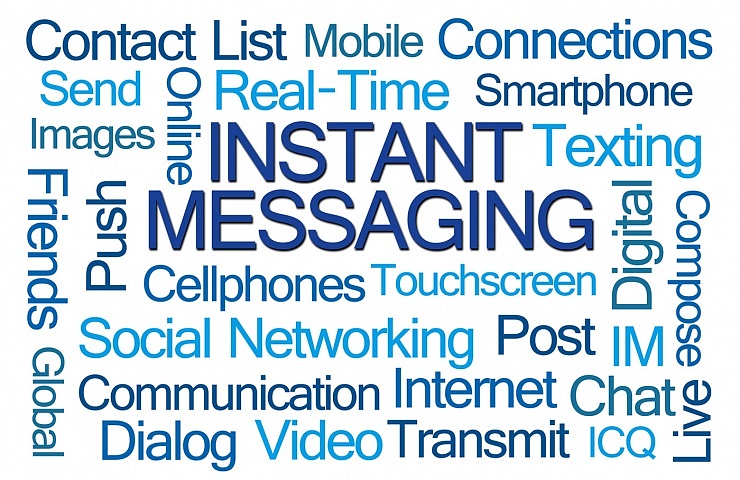 ICQ, an acronym for the short statement, “I Seek You”, was the first “instant messenger” ever developed.
In 1998 five Israelis, Yair Goldfinger, Sefi Vigiser, Amnon Amir, Arik Vardi, and Yossi Vardi, who also founded the company Mirabilis, developed the program. They had a vision of being able to send a quick message to someone through the internet because they considered emailing too slow when looking for fast responses.
The technological premise they used wasn’t new, but the company’s founders succeeded in improving it. It took them a mere two months to develop the ICQ software, which revolutionized online chatting and communication. It was the first text based messenger service that used peer-to-peer technology, reaching a very wide user base.

The ICQ software allows surfers to identify, in real time, who on their contact list is also connected to the Internet. Using a massive database, ICQ records each member’s entry and exit from the Internet. In addition to multiuser chats, ICQ also allowed for file transfers, a search engine, and more.
Mirabilis provided a free download of the service. The software earned rapid success among surfers, and essentially demonstrated the power of electronic media and viral marketing.
In 2000 AOL (America On Line), noted the ongoing success of ICQ and bought Mirabilis for over four hundred million dollars, the highest price ever paid to purchase an Israeli technology company until that date. When AOL bought ICQ, the company had 12 million users and another 50,000 joining daily.
AOL transformed the ICQ into AOL Instant Messenger, which revolutionized further online chatting and communication via the Internet. In 2010, AOL sold the messaging software to Digital Sky Technologies. The latest version of ICQ includes Facebook integration, mobile synchronizing, and further update options.