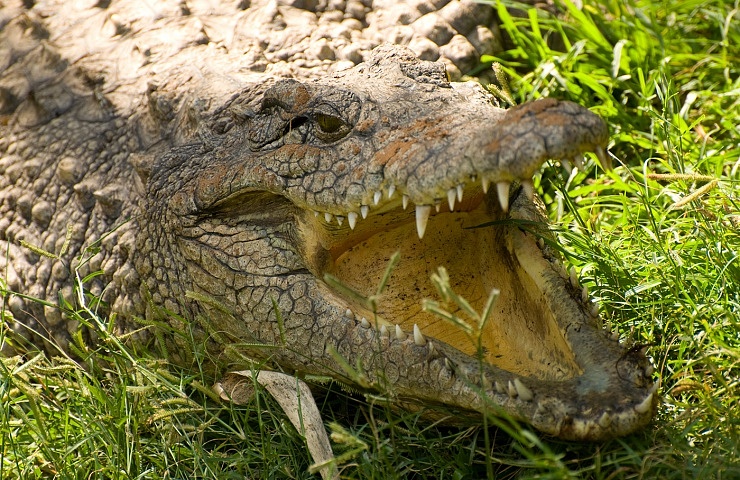 Hamat Gader is a unique place in the north of Israel. It contains several aspects that are, each at its own worth, outstanding.

The name’s meaning is “Hot springs of Gadara”. It is located is in the Yarmuk valley, east of the Sea of Galilee. It is also based on the Arab ancient village by the name of “Al-Hamma”.
Its main tribute is the hot mineral springs, with temperatures of nearly 50°C (!).

Historically, the hot springs have already been known in the time of the Roman conquerors of the land. The Romans had called them the “Baths”. The hot water springs were used for recreation as well as for healing purposes.

The water contains sulfur at a concentration of some 5%, which may have a therapeutic effect on skin diseases, Asthma and Rheumatism. It is also believed to be of renewal-powers, in terms of skin cells.

The site also includes a Roman theater, which is believed to have been built in the 3rd century BCE.

Another unique attraction is the reservation of the “Crocodile Farm” at the place. A variety of crocodiles are at place and are been nurtured on an ongoing basis as well cared for- on a treatment-aspect mode.

In addition, kids are welcome to a short Safari tour, a Parrot’s-show and various petting corners.
These days, the site is regarded as a Spa resort.

There is a large amount of visitors, at almost all days of the year.

Some simply enjoy swimming in nature’s wonderful springs; others arrive for health-treatments.
Around the main spring pool area are some fast food counters and one upscale Siam restaurant,