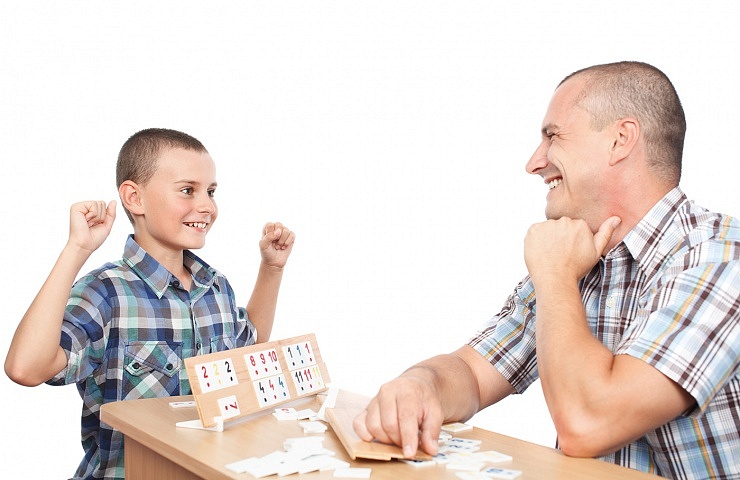 Rummikub is a tile-based game for two to four players. Ephriam Hertzano developed the game in the early 1930s in Romania, at a time when the Communist government outlawed playing cards. After World War II Hertzano immigrated to Israel and continued to develop the game in his backyard in the city of Bat Yam.

The first sets were handmade, which he sold door to door, and they became very popular. With time word about the game spread and due to excellent sales, Mr. Hertzano founded the game company Hertzano. In later years, he founded the toy and game company Lemada Light Industries Ltd. The games the company produces today are sold in Israel under the name Kod Kod. Today Hertzano’s children run the company.

Rummikub has combined components adapted from the card game rummy and the Chinese tile game mahjong. It is very similar to the Eastern European game Vatikan. Players take turns putting down tiles from their racks into sets (groups or runs) of at least three. There are 104 number tiles in the game (valued 1 to 13 in four different colors, but duplicated) and two jokers. An important feature of the game is that players can work with the tiles that have already been played and the joker can be a substitute for any tile.

Today Rummikub is known as the third best-selling family game in the world and the first best-selling tile number game. There are three versions of the game; Sabra (the most popular), American, and international. It is the most exported game from Israel. It is estimated that 50 million Rummikub games were sold to date in 54 countries across 5 continents, printed in 26 languages.