Books; of and about Israel 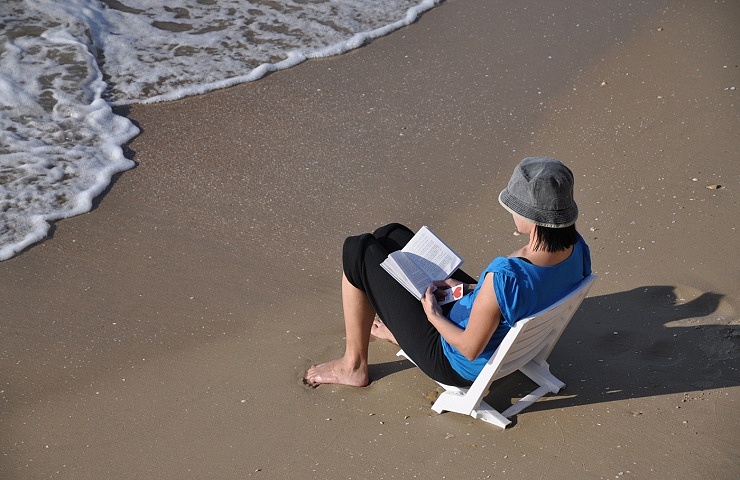 Yochi Brandes, is an Israeli author who grew up in an orthodox Jewish family in Jerusalem. She usually writes with a profound mastery of the Bible and of Jewish tradition.

Her recent books have dealt with Biblical stories, which she had woven, with a masterful hand into stories of what and how it happened, back then in the Biblical times.

“Hagar” is a Unique, intriguing, and exciting love and life story. Hagar, a young Jerusalem woman growing up in an orthodox family in today Jerusalem, is battling a life- battle against her Grandmother’s insistence that her biblical name is a curse; and that young Hagar’s life is a loss…. because the bible rejected ancient Hagar.
Look it up on Amazon at:
http://www.amazon.com/Hagar-Yochi-Brandes/dp/9654486423/ref=cm_cr_pr_product_top

A Trumpet in the Wadi: A Novel by Sami Michael

Sami Michael is a Leading Israeli novelist, whi has a gift in telling about current cultural conflicts in modern Israel. This he had one with mastery in his 1987 book “A Trumpet in the Wadi”; a novel that transcends its Middle Eastern setting with an honest and heartbreaking story of an impossible love story and the strength of the family.
Set in the months preceding the 1982 Israeli-Arab conflict in Lebanon, the story tells of the coming-of-age of two fatherless Christian Arab sisters, Huda and Mary, who live in the Wadi — the Arab quarter in the Jewish city of Haifa.
It is an honest, witty, and ultimately heartbreaking story — one that draws on the conflicts in the Middle East, but one whose insights into love and family can cross all possible boundaries.
Look it up on Amazon at:
http://www.amazon.com/Trumpet-Wadi-Novel-Sami-Michael/dp/0743261488

Naomi has published numerous internationally best-selling novels. She has been known to be an active advocate for women’s rights in Israel, campaigning against gender segregation in the ultra-religious society as well as against bias in rabbinical courts.

One of her most acclaimed for novels is “The Ghost of Hannah Mendes”.
In this novel, a Jewish lady realizes that her family tree will die unless she passes on its legacy and traditions to her granddaughters.
The book introduces its readers to the ancient roots of Jews, that had been forced to flee to European countries, centuries ago, especially to Spain and Portugal where many of them had meet the conflict of either being executed by the Inquisition or being forced into changing their religion. The later ones were called “ANUSIM”.
The journey to the past, in Old Spain and Portugal and the connections to current Judaism and modern Israel, entwine a breathtaking story that many Jewish people may identify with.
Look it up on Amazon at:
http://www.naomiragen.com/books-2/the-ghost-of-hannah-mendes/

Galila Ron-Feder-Amit is an Israeli author, holding a degree in Biblical studies and Hebrew Literature from the Hebrew University of Jerusalem. She has been writing books, novels and other literary articles, for adults as well as Youth. Having acted as a foster family for children on broken homes, she has found herself writing of topics concerning their unique as well as general issues.
Some of her books are directly involved with topics of the land of Israel, or of its past history.

One of her acclaimed book-series is “The Time-Tunnel”, aimed at elementary school students, sharing the history of important events in the past of the Jewish nation, especially in the land of Israel.

The series is a fiction-series, about a boy and girl from Jerusalem who discover a time tunnel that shifts them, in each case, in order to assist in securing a complex situation that arises in each book. As to 2012, the author had created 56 books in the series.

Another acclaimed novel is “Nadia“, a story of a young Arab girl who is set on becoming a Doctor. On her journey she faces the cultural gap between herself and the other students. The actual crises rises when a Terrorist attack occurs in Jerusalem and distances Nadia’ classmates form her. The author presents provocative ideas and their practical consequences. Nadia has been adapted into a film that won critical acclaim.

Sayed Kashua, is an Israeli Arab author and journalist; was born in Tira, Israel.

He is best known for both his books as well as his humoristic columns in Arabic and Hebrew.
Kashua writes satirical columns in Hebrew for Ha’aretz newspaper and a local Jerusalem weekly, Ha’Ir (The City).
His writing is based on a humorous style, addressing the problems that Arabs, living in modersn Israel, face these days; caught in-between the two worlds.[
His recent most famous TV series “Arabixx work” Avoda Aravit, or in English, Arab Labor, is a satirical sitcom written by Kashua and aired on Israel’s Channel 2. A large part of the dialogue is in Arabic with Hebrew subtitles.

His well-known books are:

Dancing Arabs (2002)
The book is about a young man who shifts between two societies, turning into a stranger to both.
The hero’s grandfather had died fighting the Zionists in 1948; his father was jailed for taking part in a terrorist-attach and he, was granted a scholarship to an elite Jewish boarding school…..
Instead of fulfilling his family’s dreams of his global success, the hero finds himself engaged in no other than trying to win his Jewish peers’ approval, by trying to look and act like them.
Dancing Arabs brilliantly maps one man’s struggle to disentangle his personal and national identities, only to tragically and inevitably forfeit both.

Let it be Morning (2006)
The book tells about a young Arab journalist who returns to his hometown, an Arab village within Israel, where he meets a vexed sense of belonging that is forced to create crisis when the village becomes a pawn in the complex power-struggle in the Middle East.
Hoping to return to simplicity of life, the hero faces an impossible scenario while Israeli tanks surrender the village and the village itself devolves into a Darwinian jungle, where paranoia quickly takes hold and threatens the community.
On Amazon: http://www.amazon.com/Let-Be-Morning-Sayed-Kashua/dp/0802170218

Attalla Mansour, is an Israeli Arab author and journalist; was born in Jush-a Galilee village, in Israel.

Mansour was the first Arab that had been employed in an Israeli Newspaper, “Ha’aretz” in 1952 and had continued working there until 1992.
Nowadays he is serving as a Journalist in the Jerusalem paper called “Alkuds”.
Mansour had issued his first novel, in 1966, by the name of:

“In the New light”
The book was acclaimed for being the first book written by and Israeli-Arab author.
The book tells of a young Israeli- Arab who falls in love with a Jewish girl on a Kibbutz. The relationship leads to a confrontation between the Ideological values of a Kibbutz and the national Jewish commitment.
The book had been translated into English in 1969.
On Amazon:  http://www.amazon.com/In-New-Light-Atallah-Mansour/dp/0853030189

“19th Century Travel Notes” – a book by the noted Rev.  James Kean, M. A., B.D.
Reverend James Kean, M. A., B.D. made a pilgrimage to the holy land in 1882 and later published a book of his travel- notes.
These notes below express his excitement while visiting the Mar Saba Monastery, in the Judean desert (nearby the Dead Sea).

“…….Still forward, and far on in a secluded hollow you suddenly come upon a solitary hut. In front of it stands a dreadful creature, an old man, clad in a soiled white frock, with some sort of girdle twisted round his waist. In the girdle are stuck two large pistols, bright as if from constant use. This man stands mute and motionless as you approach….…..”

NewerSalvador Dalli- an Exhibition of a genius- in the city of Haifa, on March 20-April 6, 2013
OlderNahariya