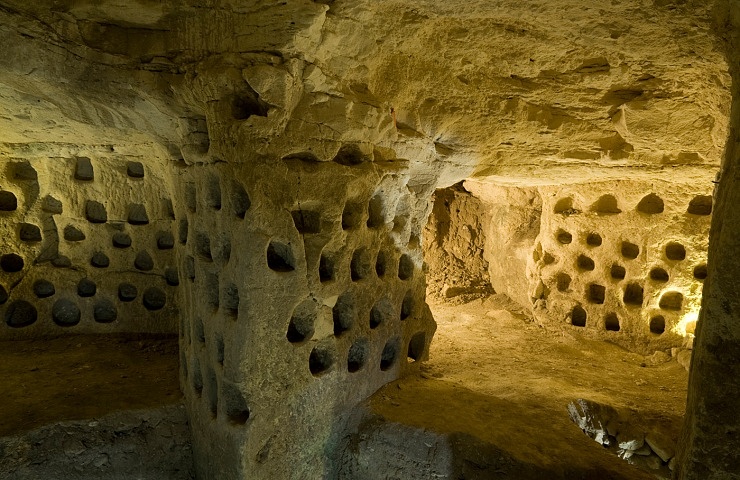 0 Comments
FacebookTwitterGoogle+PinterestTumblrLinkedInRedditEmailPrint
The Park is a national park, situated in central Israel, stretching over as large area, including many important caves and archaeological ruins.
Its highest place is called Maresha hill.
The area is covered by soft chalk layers that have enabled the creation of many burial caves throughout history.
The caves had been used for various purposes, such as housing, oil-press, cisterns and tombs. Only a few are now open to visitors.
One of the bluebells-shaped caves offers excellent acoustics, which enables it to be used for concerts. It had also served in a filmed scene of the movie “Jesus Christ Superstar” in 1973.
Beit Guvrin (the ancient city) – this settlement of Beit-Guvrin replaced older Maresha; a finding that is supported by both historical documents as well as archaeological findings.

Over the years it yielded to Romans, Byzantines, Jews, Muslims and Crusaders- who had built a fortress. Each of these periods had left ruins; for future generations to find.

The Mishna and the Talmud Jewish periods had established large Jewish communities that have produced many learned Rabbis.
Until 1948, Israel’s Independence war, the area had been inhabited by the Arab village of Beit-Guvrin, whose residents fled during the war.
Major sites of the park: