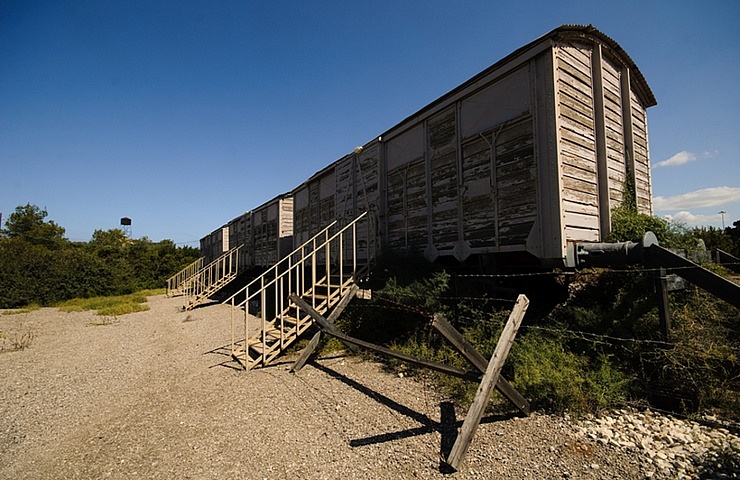 The detention camp was established at the end of the 1930’s, by the British Mandate authorities- during the time period when they had governed Palestine.

It is located some 20 kilometers south of the city of Haifa– in the North West par of Israel.

The camp had been established in order to prevent Jewish refugees, mainly those escaping World War II Europe (during and after the war) from coming to Israel.

Along the years it had been active, tens of thousands of Jewish immigrants were interned at the camp, which was surrounded by barbed wire and watchtowers.

Nowadays, the Atlit-Camp is a museum, telling the story of the Hewish people coming to Israel, mainly via Sea (but not only).

Atlit had also been declared a National Heritage Site in 1987.

At the camp, men were separated form women, living in two different camps.
In 1945, the “Palmach” (a special forces’-unit of the Jewish defense settlement in the land) had broken into the camp and released 200 detainees, who then escaped. As a result of this break-in the British authorities decided to deport illegal immigrants to a detention camp in Cyprus.
All camps had been eventually opened as of 1947, along with the establishment of the State of Israel.