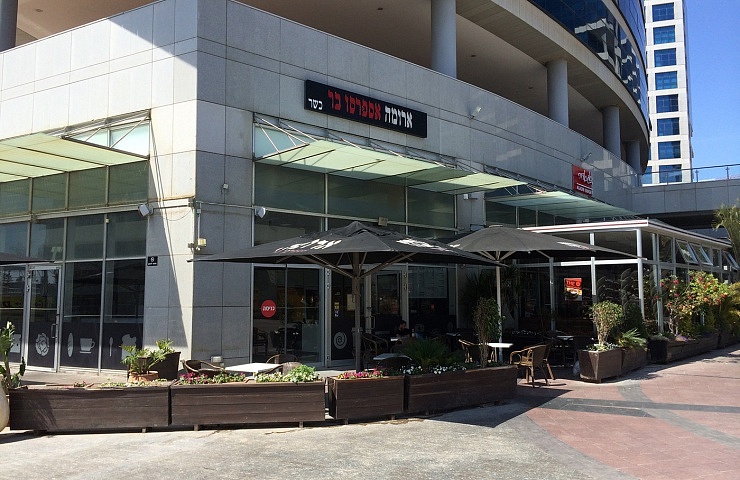 Aroma Espresso Bar is an Israeli espresso and coffee chain with some hundred branches throughout the country.

There are also several branches in the United States, Canada and Ukraine and a few other locations in Germany, Cyprus, Romania and Poland.

Aroma’s concept is a self-service cafe where orders are placed at the counter and customers are called bu their names in order to get their orders.

The chain was initially founded in Jerusalem in 1994 and branched out in year 2000.

This lovely restaurant is located in one of Tel Aviv´s historical sites, the refurbished Old Train...

Kakao is a Bistro-Cafe at the National Park of Ramat-Gan (Park Leumi); a Gem in the Park. Kalao is...