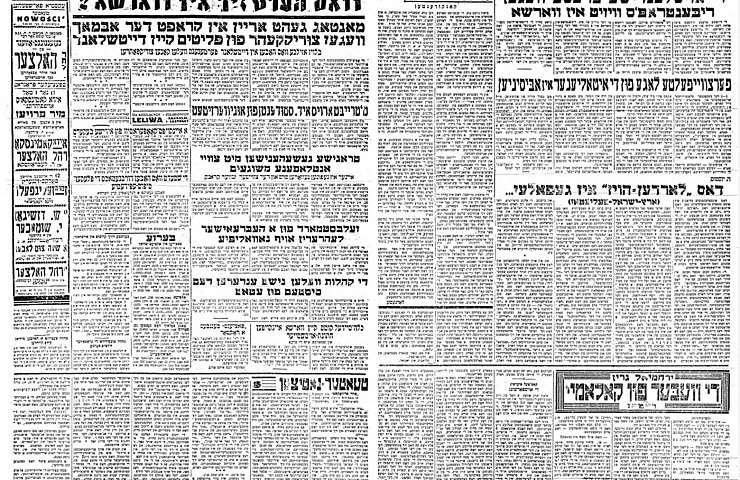 The Yiddish unique language is a combination of spoken German and Jewish slang that had been created throughout years of “Diaspora” in east-Europeans countries, at which Jews had formerly lived.

The language evolved throughout the years and had spread to various other countries, worldwide.

It is believed that its origins stem from around the 10th century, in the Jewish (Ashkenazi) culture in Germany.

Until today, many religious communities around the world still use the language as means of daily communication.

At days gone by, it had been known as the primary language within the communities of Europe.

These days, in modern Israel, only highly religious/orthodox sectors use it while in most of modern Jewish/Israeli state it is considered “old” language, which is slowly dying out.

In order not to forget the language, several Universities, in Israel and overseas, have decided to add it to their curriculum. Lessons can be taken, formally, while many elderly people would love talking it; teaching it….as a reminder of their childhood homes in European countries.

Goy– someone who is a non-Jew
Mazzel Tov– good luck or congratulations, per an event
Meshigenner– a crazy guy
Mentch – a good, honest person, humane
Shullm Alleichem – blessing on you; a means of welcome
A bisselle – a tiny bit