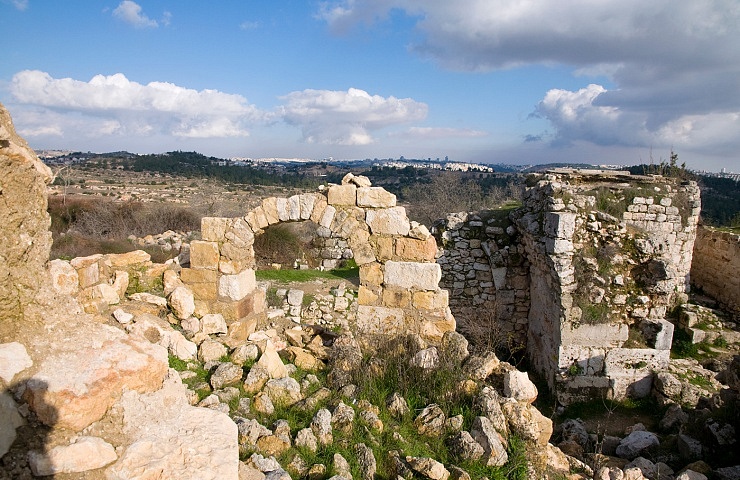 Tzova, also known as “Tzuba”, is a kibbutz near Jerusalem situated in the Judean Hills.

Ancient Tzova is named “Tel-Tsova”, nowadays an archaeological site of the Jewish settlement in the days of King David , based on the Bible (Samuel).

In 1170 it had been built into a Crusader fortress, Belmont, built at this spotin order to overlook and guard the route to Jerusalem.

Belmont was conquered by Saladin in 1193.

The adjacent Arab village of Suba was the scene of fierce fighting during the 1948 Arab-Israeli War due to its strategic location overlooking the road to Jerusalem.

The village was conquered by the Israeli armed troops at an operations called “Operation Danny”. Most of the village’s inhabitants had fled during the fighting.

In October 1948, an Israeli Kibbutz had been established; about one km south of Tsova and later renamed Tzova.

These days, The Kibbutz offers a Tourism Complex with a variety of attractions:

Bikes & Hikes – Kibbutz Tzuba is located in an area of outstanding natural beauty offering well-marked hiking and cycle paths. Guided walks are organized to local historic and archeological sites including The Cave of John the Baptist.