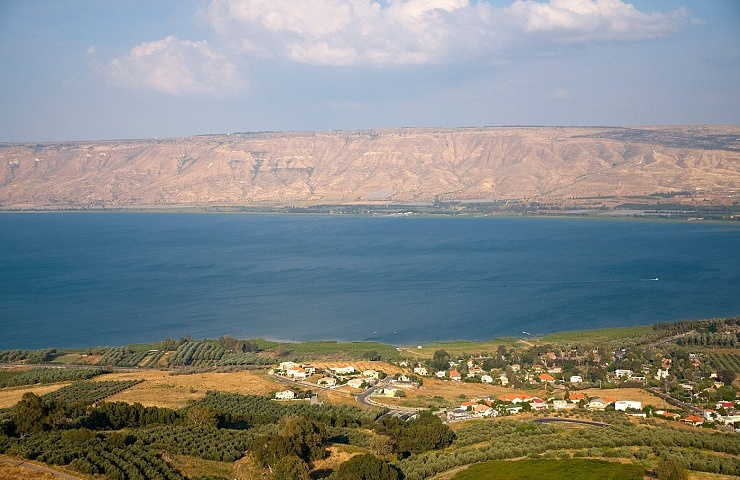 Sea of Galilee, also known as “Lake Kinneret” in Hebrew, is a small lake of some 13 miles X 7 miles, in the north of Israel; one that had been one of the most well-known lakes in the entire world.

The lake is Israel’s largest pool of fresh reservoir and offers the country’s largest source of drinking waters.

It is believed that on its shores- Jesus delivered sermons and had performed miracles. Many famous sites are located around the lake, including Capernaum, home to at least five of the twelve disciples.

The Church of the Beatitudes is believed to stand directly where the Sermon of the Mount was preached, The Yardenit is directly near the lake, offering Baptist rites in holly waters, And many other important sites…

Sea of Galilee is surrounded by beautiful beaches and attracts many visitors for maritime recreations. One of the recent discoveries was the “Jesus Boat“, an ancient boat dating to Jesus’ time of life; an amazing relic of an era gone by.