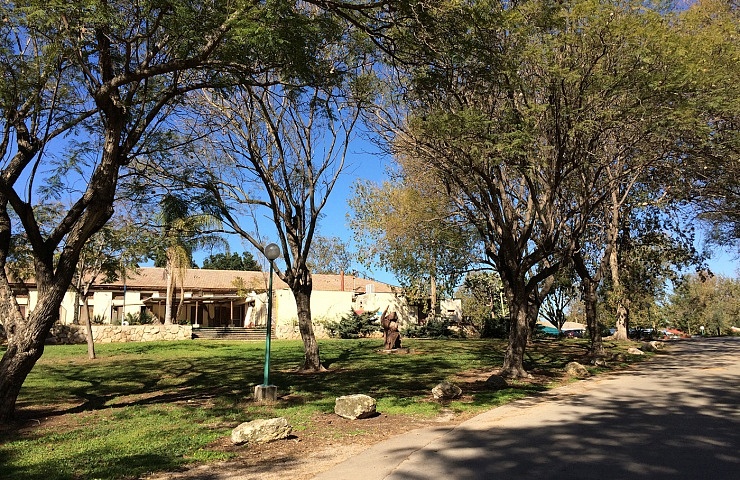 What is a “Kibbutz”?

The kibbutz is a unique cooperative settlement, in Israel, based on the desire for resettlement in Israel.
The kibbutz is based on socialist values, i.e. equality between men, economic cooperation and equality.
The kibbutz is usually a small community of some several hundred residents; its income is based mainly on Agriculture and Industry. Many communities have also developed tourist services.
In most “old” kibbutz concepts, the name of the game was “joint production and joint consumption”. Kibbutz member worked according to a central work schedule, taking prt in all aspects of agriculture, industry and Logistics.
Usually, in all kibbutzim, members eat in a common dining room. The children used to grow up in centralized homes, in order to assist the parents to leave for work early. Nowadays, things have evolved.
The various Kibbutzim played a significant role in the definition of the boundaries of the Jewish state which was established.
How did it all begin?
The people who had initially established and built the kibbutzim were mostly immigrants from Eastern Europe, young people who came to live in Israel as part of their belief in the land if the ancestors, a movement called “Zionism”.
After the establishment of Israel, a stream of refugees and immigrants had arrived from broken Europe; just after WW2.
The “old” order of Kibbutzim have been part of three main movements:
1.      The kibbutz movement
a.      KM-United Kibbutz Movement (Kibbutz Meuchad)
b.      Kibbutz Artzi Hashomer Hatzair
2.      The religious kibbutz movement
3.      Poalei Agudat Israel
* More than 85% of the kibbutz in Israel belongs to one of the above 3.

Nowadays the kibbutzim have gone modern, creating a new type of rural community, an “Urban kibbutz“: a community living in rural harmony, but each of its members is individually responsible for himself and his/her family. Some taxes

are paid to the communal committee.

The first Kibbutz, ever, in Israel, was: “Degania” -established in 1909,
What is Kibbutz volunteering?
Kibbutz volunteers are mostly young Jewish and non-Jewish peoples, coming  from all over the world to kibbutzim in Israel take part (for a limited time period) in various work missions/roles.
Volunteers usually arrive in Israel for a short period of two to three months to participate in work in all branches of the kibbutz (such as agriculture, gardening, industry…). Volunteers usually get pocket money from the kibbutz and receive housing, food and social activities provided by the kibbutz’ hosts- in return.
For more I formation about volunteerism in Israel, please refer to the Volunteering in IL website:
http://www.ivolunteer.org.il/Eng/Index.asp?CategoryID=128
The modern Kibbutz
Over the years and in light of sociological/financial changes in modern society, the kibbutz also has changed; there are three major differences between today and past Kibbutzim: