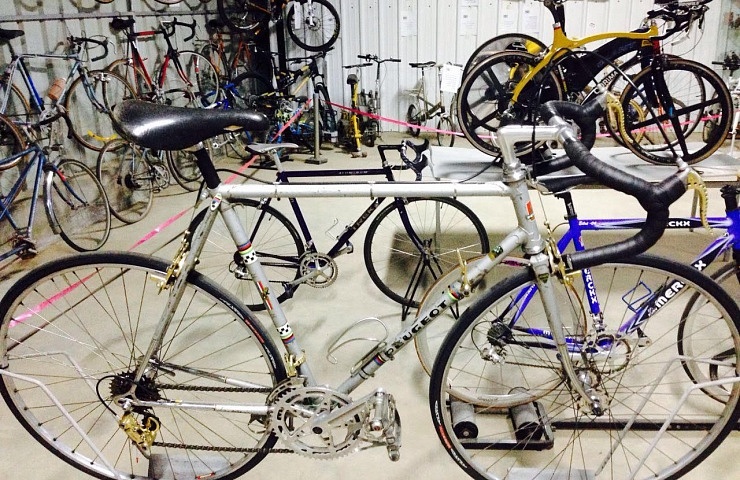 The bike Museum is based in a communal settlement by the name of “Herev Le’et”, meaning a sword to be turned into a shuffle, in Hebrew. This settlement is located on route between Tel Aviv and Haifa, nearby the city of Hadera, reachable via route number 4. One of the inhabitants, Alon Wolf, established some four years ago a Bicycle museum at his back yard. Alon portrays himself as a bike lover, as of early age. He had collected renovated and re-made bicycles when he was much younger and had even hung them on the walls of his home… Years later, he had renovated an old barn in order to create a small private collection bicycles’ museum. Often Alon opens his private museum for tours and organizes bike-tour, something which is in combination – simply awesome. Alon paid attention to construct his museum on history pieces, as well as on contemporary ones. History is divided into telling the story as well as showing a variety of models. The museum easily reminds of the small and cozy small/private collection museums, spread around Amsterdam. It’s a true-lover’s collections place. Highly recommended. 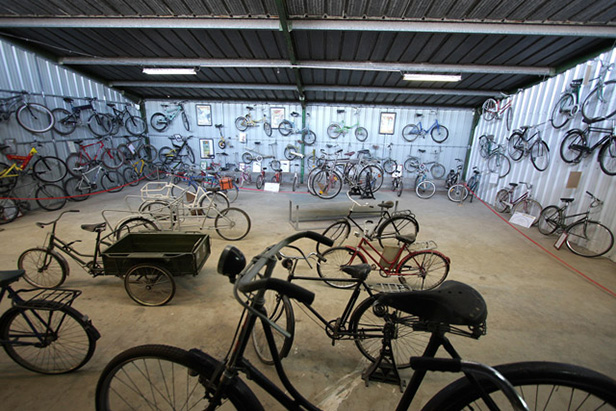