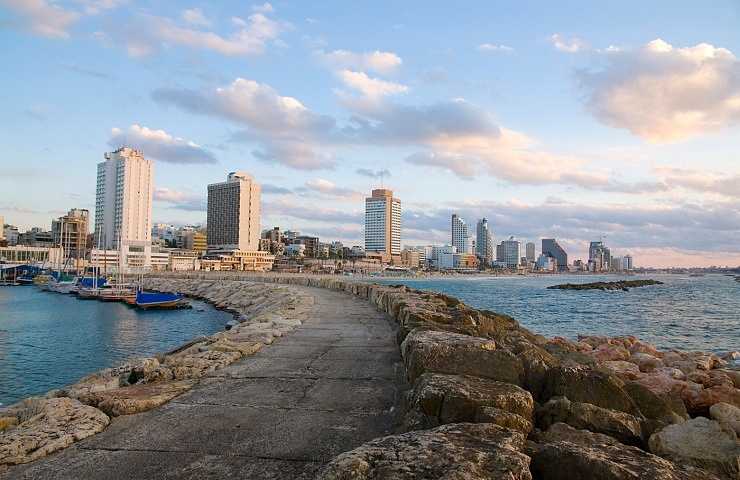 Tel-Aviv is a modern city; in recent years tall buildings have been built and occupied at the heart of the city; most of them are for business usage and some, of recent- for accommodation.

The symbol of Tel-Aviv is the compound called: “Azrieli Towers”, near the main central train station, occupied by a variety of businesses, companies and Israeli governmental offices or IDF.

Other important buildings are:

Interesting buildings, for accommodation are for example the Yoo towers at Park Tzameret that are considered to be one of the most prestigious residential neighborhoods in Israel. The access to the neighborhood is superb, as it is attached to the Aylaon Freeway, near Kikar ha-medina shopping district.

More such residential areas are currently being constructed.

This specific picture, by Gil Levene, had won the prize at the Azrieli contest, several years ago and had been published in the Azrieli catalogs. .

NewerEvents during Passover Holiday 2014
OlderThe Bible and the Jordan valley