Stella Maris; a Monastery in Haifa 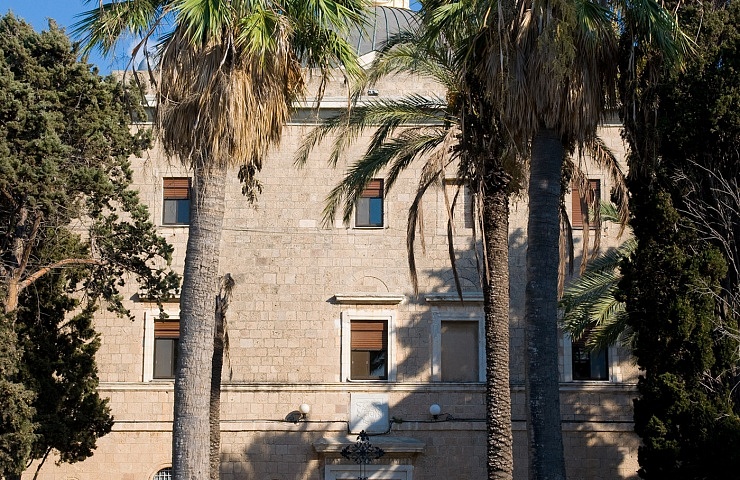 The Stella Maris Monastery or also known as “Monastery of Our Lady of Mount Carmel” is situated in the city of Haifa.

The Monastery serves as a global center for the Carmelites.

The monastery’s ground floor is built out of thick walls with very few and very small openings- and all are barred.

This, according to history, stems from the need of protection that had prevailed in former days, when the order’s Friars had to initiate as they had encountered (according to legend) much antagonism by their neighbors, as of the early days that the Church had been built.

The Carmelite order had been established in the 12th century, during the Crusader rule of the region.

The order has been connected to the Prophet Elijah, as of its very early days, and has later moved to its present location, which is directly above the alleged grotto where the prophet Elijah is said to have lived, in the city of Haifa, overlooking the Mediterranean Sea.

The Church and Monastery of these days was re-opened in 1836.It is called “Stella Maris”, which means the “Star of the Sea”. For many years throughout the 20th Century it had been occupied by the Military: first the British, and later the Israeli, but at the end it was handed back to the Order and is being currently led by the Order itself.