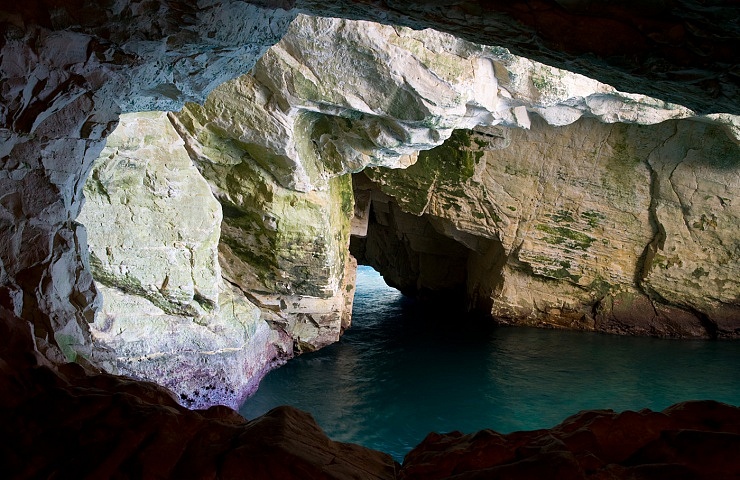 Rosh-Hanikra’s national park is a beautiful place located at the edge of Israel’s north border with Lebanon, at the Western part of the Galilee.

It is the only place where the mountain-stone enters the sea, without leaving a stretch of beach.

It is special by its unique Caves that are the result of an ongoing Geological process of thousands of years.

It all began with a series of earth-quake internal blasts and a ground crater was created in the bedrock. Rainwater penetrated these cracks, melted them and made ??them carve deeper into the salty caves.

It all expanded with the enormous power of the waves –clashing against the rock in all storms.

The Grottos are fascinating natural wonders and breathtakingly beautiful -throughout the day and throughout year long.

The length of the natural grottoes route is approximately 200 meters.

Grottos lit so they can travel even at night.

A short steep cable-car is the primary means of access to the hike of the mysterious grottos. The cable-car goes down some 70 meters, at a steep angle of 60 degrees.

The scenery of the Mediterranean Sea; during the cable-car ride is breathtaking. This is the time to pull out the cameras…

An Audio-Visual film awaits the traveler when down at the grottos, don’t miss it.