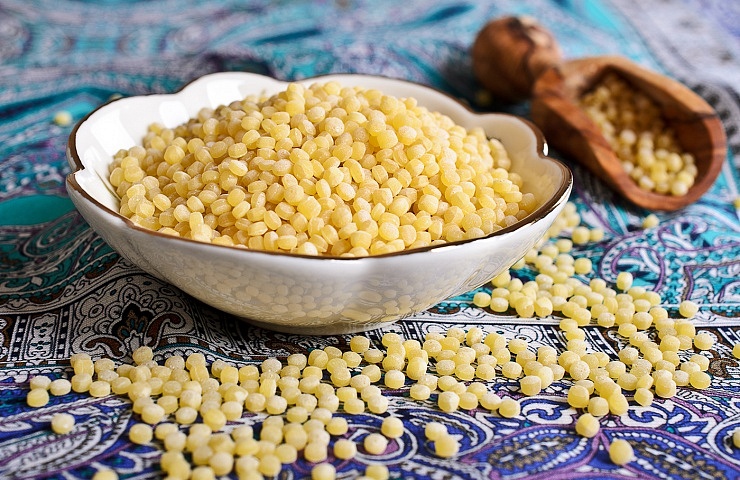 Ptitim, (little bits or flakes in English), are exactly that. Ptitim are rice shaped or tiny round balls of oven-roasted pasta made of hard wheat, which gives them a characteristic nutty flavor and aroma. Often referred to as Israeli couscous, they are a unique culinary contribution.
The product was invented during Israel’s austerity period, (from 1949 to 1959), when rice was very scarce. Israel’s first Prime Minister David Ben Gurion turned to the Osem Company and asked them to quickly come up with a wheat substitute for rice. The company accepted the challenge and developed baked Ptitim. The success was instant and the original rice-shaped Ptitim was referred to as “Ben Gurion’s rice”. Soon after a similar Ptitim product with small dense pasta balls was developed.
Today, Ptitim are still popular, especially amongst children. In many countries Ptitim are considered a trendy addition to any menu. Like pasta, Ptitim are a filling, flexible and made of neutral ingredients that can easily be integrated into a large variety of dishes – hot and cold, savory and sweet. Their small shape affords them an advantage over regular pasta and they require less cooking time. For the consumer who is also health food conscientious, there is now a version made of whole-wheat flour and even spelt flour.
By RLH