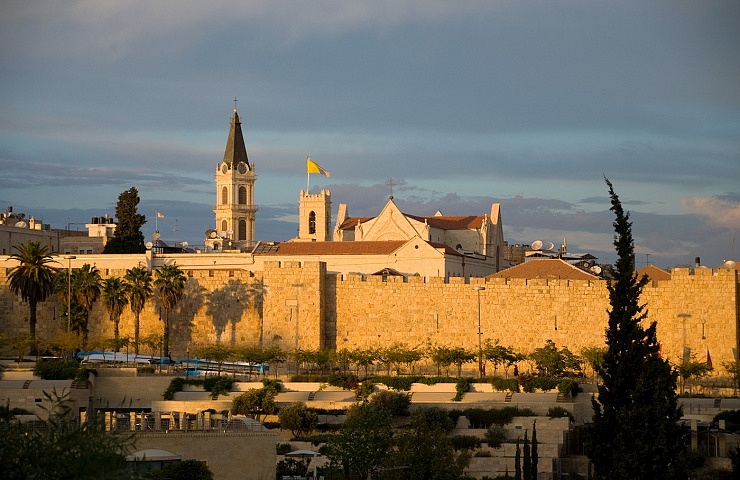 Further to the Gospels, Jesus’ final entry into Jerusalem occurred at the beginning of the last week of his life, just a few days before the Last Supper.

Jesus is believed to have ridden a donkey into the city. It is told that along his path, people have made small tributes and sang for him.

The city had already been crowded with many pilgrims who had attended the Jewish Passover celebrations a few weeks beforehand and had not yet left the city.
The entry was followed by the cleansing of the Temple, in which Jesus banishes the money-changers, accusing them of turning the Temple to into a den-of-thieves because of their financial activities.

Incidentally, this is the only account of Jesus having ever used physical force in any of the gospels.

Jesus’ last entry, prior to the Last Supper, marks the beginning of the “Passion” (the short final period in his life stating his visit to Jerusalem and leading to his crucifixion by the Romans).