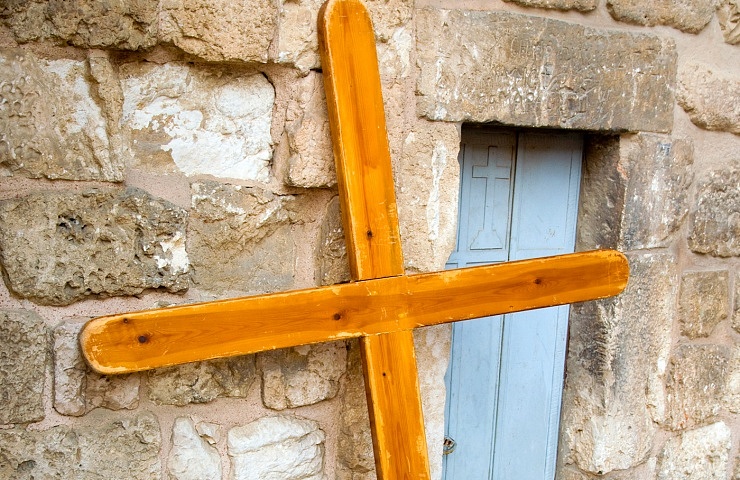 Jesus’ crucifixion is described in all four gospels. After the trial, Jesus was required to carry his cross; the route is believed to be the Via Dolorosa, in Jerusalem.

On the top if the cross an inscription was carved with the words: “Jesus of Nazareth, King of the Jews”.

After receiving Pilate’s permission, the body had been wrapped in clean clothes and was buried in a new tomb.

It was later sealed with a stone and placed under guard so as to ensure that the body will remain intact.