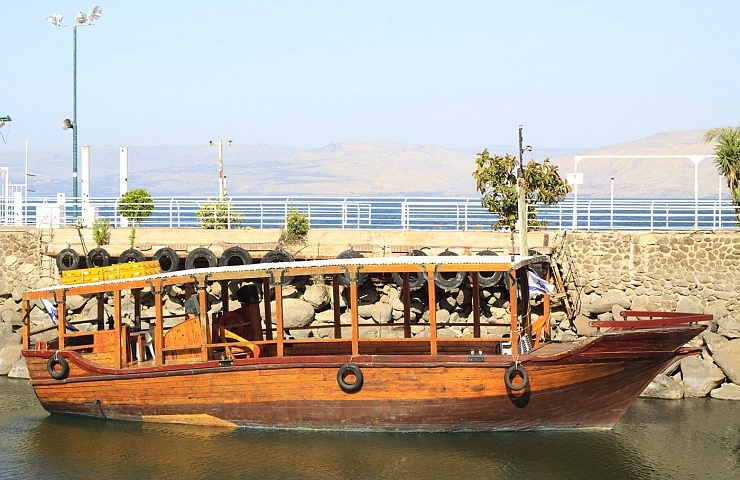 0 Comments
FacebookTwitterGoogle+PinterestTumblrLinkedInRedditEmailPrint
“The Jesus Boat” is located north of the city of Tiberias, at Kibbutz Ginosar, on the shore of the Sea of Galilee.
“The Jesus Boat “is a recently-discovered fishing boat; dating to the 1st century AD.
In 1986, an ancient boat was pulled out of the mud, on the shore of the Sea of Galilee. It was an extraordinary archaeological find, which enables us a glimpse of what a boat looked like, back in the time of Jesus.
The boat dates to the 1st century AD.
The Boat is apparently the type of boat that had been used on the Sea of Galilee for fishing as well as transportation. It seems likely that this kind of boat was used by Jesus and his disciples, many of whom were fishermen.
Boats played a large role in Jesus life and are mentioned many times throughout the various Gospels.
Having said that, there was found no direct evidence connecting the boat to Jesus or his disciples, but it is fascinating to think that Jesus may have seen the boat sail out or even may have made use of it, himself.
The boat is elegantly presented at a small museum- The “Yigal Allon Museum” on the grounds of Kibbutz Ginosar, one of several communal farms in Israel.
Telephone: +972-4-6727700
In the vicinity of this site you may also want to visit Safed; Rosh-Pinna; the Golan Heights or Nazareth…