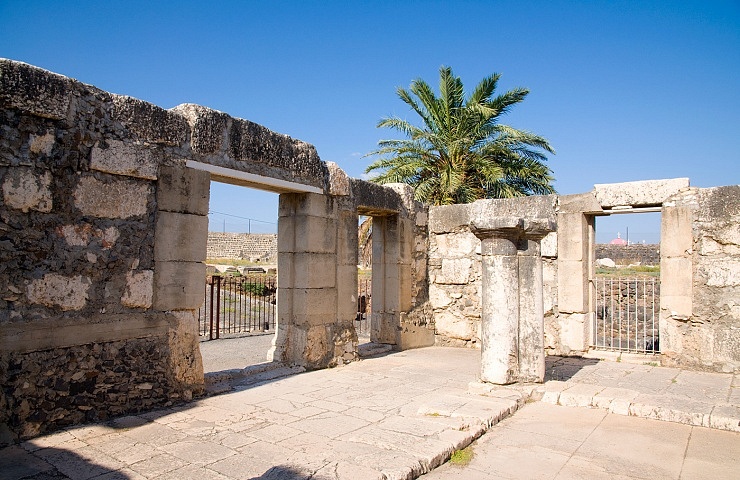 Jesus Forgives a Paralyzed Man and heals him –

Upon Jesus’ re-entry of the village of Capernaum, the people gathered, in large numbers, so as to listen to his preaching.

Jesus had been introduced to a paralyzed man, carried by other men, as he couldn’t walk. Tradition ahs it that due to the large crows, they could nt reach Jesus so they had come up with a plan by which they made a hole in the roof, right above Jesus, hence lowering the man who was lying on a mattress.

When Jesus felt these people’s true faith, he told the paralyzed man, “Son, your sins are forgiven.”
Some people in the crowd thought that Jesus was blaspheming! The only one able to forgive sins is God alone.
Jesus knew what their thoughts were, and told them that he firmly believed that men have the authority -on earth – to forgive sins.

By standing up to his belief and then by walking away, Jesus portrayed his strengths, his true belief and his mission on earth.
Capernaum has been connected to this traditional story, as well as to others, up until these very days.