​Jerusalem; Jewish history in a nutshell 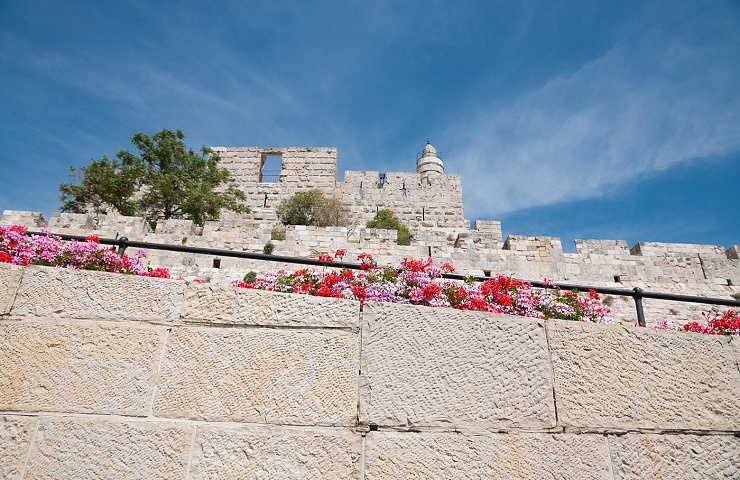 For more than 3,000 years, the Jewish people have looked up to Jerusalem as their spiritual, historical and political capital, even at times at which they themselves did not live or rule over the city.

The Jewish story of Jerusalem had started in the Biblical (the Old Testament) roots, in year 1,004 BCE, when King David declared the city to be the capital of the first Jewish kingdom.

David’s son and successor, famous King Solomon, was the one to build the First Temple, as a holy place to worship  God.

However, history wasn’t kind to the Jewish people. Some Four hundred years after the completion of the temple, the Babylonians (early ancestors of today’s Iraqis) seized and destroyed the city, forcing the Jews into exile.

Fifty years later, the Jews, or Israelites as they were called, were permitted to return home, once Persia (present-day’s Iran) conquered Babylon.

The Jews’ first act in return was to reclaim Jerusalem as their capital and rebuild the Holy Temple, recorded in history as the Second Temple.

During the First and Second Temple periods, Jews throughout the kingdom would travel to Jerusalem three times a year for the pilgrimages of the Jewish holidays such as Sukkot, Passover, and Shavuot, until the Roman Empire destroyed the Second Temple in 70 AD.

This act had ended Jewish sovereignty over Jerusalem for the next 2,000 years. During this long time period and no matter where Jews have lived, their thoughts and prayers were always directed toward Jerusalem.

The Jewish people had never relinquished their bond to neither Jerusalem nor to the Land of Israel. Although most of the Jews had been expelled out of Israel, a minority had stayed on, mainly in Jerusalem (even when others had actually controlled the city).

Throughout history, Jews had tried to return to the land in order to live in the Holy Land, settling in four holy cities: Safed, Tiberias, Hebron, and most importantly– Jerusalem.

The modern Zionistic movement of the eighteen eighties had encouraged European Jews to move to Israel; consequently, the number of Jewish inhabitants, mainly in Jerusalem, had grown rapidly.

The Israeli independence war had broken out in 1948 and the Jewish semi-assembled army had overcome the Arab forces that had attacked.

Further to the UN declaration, the land of Israel had been established.

Jerusalem is a city of worship for Christianity, Judaism and Islam. It is also a city at which citizens live alongside each other.

Jerusalem, being the official capital of Israel, embodies all major governmental institutions; the Knesset- house of Parliament, houses of the president and the Prime minister- all set in the same vicinity.

It is a fascinating city to explore, visit and live in.