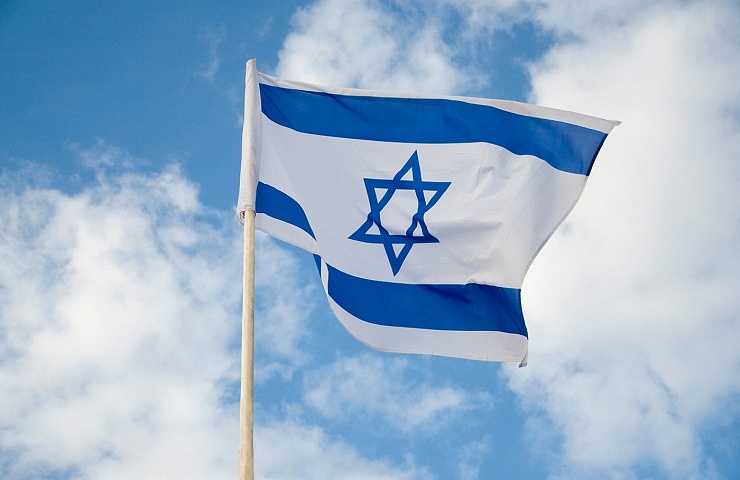 The official date given by the United Nations in their partition vote for the creation of the new entity of Israel was May 15th, 1948. Thus, May 14th was set to be the last day of the British Mandate. At 4 p.m., the British lowered their flag and the Jews immediately raised their own.

It was a flag designed in 1897 by the First Zionist Congress. It is white (the color of newness and purity), and it has two blue stripes (the color of heaven) like the stripes of a tallit (the Jewish prayer shawl(, which symbolized the transmission of Jewish tradition. In its center lies the Star of David.

After 2,000 years, the land of Israel is once more in the hands of the Jews.