Important sites in the Holy Land 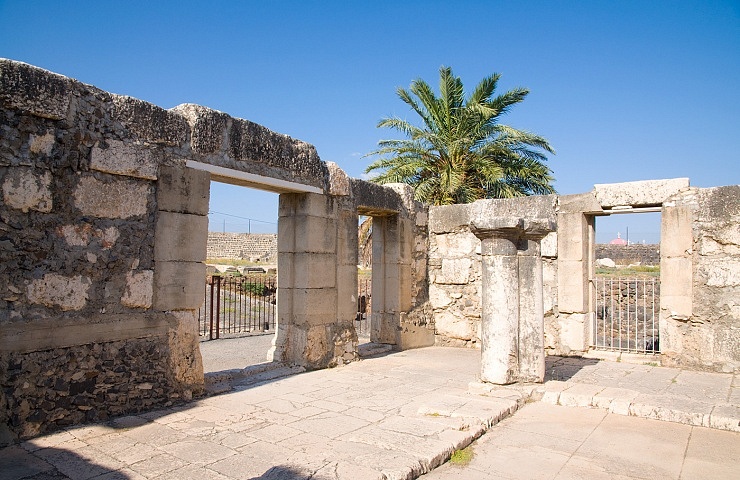 We have gathered together some of the most sacred Christian sites that may be of importance to you, while traveling the Holy Land. We hope this serves your interests well.
Via Dolorosa
The meaning of Via Dolorosa, in Latin, is “Way of Grief” or “Way of Agony /Suffering”. It is a street, in the section of the old city of Jerusalem, which is historically believed to be the path that Jesus walked, carrying his cross, on the way to his crucifixion. These days, the path serves as a place of Christian pilgrimage, at which pilgrims (or other Christina travelers) walk, in commemoration of Jesus. The route today is marked by nine stations, ending within the Church of the Holy Sepulcher.

The Church of the Holy Sepulcher
The church is also known as “The Church of the Resurrection”, located within the walls of the old city in Jerusalem. This site is venerated as the place where Jesus was crucified and is said to also contain the place where Jesus was buried (the sepulcher). The church has been an important Christian pilgrimage destination since, at least, the 4th century.

The Church of John the Baptist
The church is located in a picturesque neighborhood of Jerusalem, called “Ein-Karem”. It commemorates John’s birthplace for over 1,500 years.

The church walls tell the story of many centuries of destruction as well as rebirth; mosaics attest to earlier houses of worship, while the inner walls of today’s church, rebuilt in 1674, are covered with beautiful blue and white Spanish tiles.

The most ancient part of the church is located downstairs. It is the cave where early Christians gathered to worship on the site of the house of Elizabeth and Zachariah. Here, depicted in marble, are John’s birth, his naming, and his baptism of Jesus in the Jordan.
Capernaum
One of the ancient sites relating to Jesus, near the Sea of Galilee. The site dates back to Jesus’ time, life and work. Many conquerors have made their home in this location, throughout the years after Jesus’ time.

Interesting finds are the relics of an Orthodox-Franciscan Church (the Church of the Disciples).

The Franciscan Church had purchased the lands and has established base ever since.

The relics of an ancient Byzantine-era synagogue are also located on the grounds.

The sermon contains nine verses, each starting with “Blessed is the…”. The Latin translation gave the hill its name – Beati-tudes.

In 1986, an ancient boat was pulled out from the mud, on the shore of the Sea of Galilee. It was an extraordinary archaeological find, which enables us a glimpse of what a boat looked like, back in the time of Jesus.

The boat dates to the 1st century AD.

The Boat is apparently the type of boat that had been used on the Sea of Galilee for fishing as well as transportation. It seems likely that this kind of boat was used by Jesus and his disciples, many of whom were fishermen. Boats played a large role in Jesus life and are mentioned many times throughout the various Gospels.

Having said that, there was found no direct evidence connecting the boat to Jesus or his disciples, but it is fascinating to think that Jesus may have seen the boat sail out or may even have made use of it, himself.

The boat is elegantly presented at a small museum- The “Yigal Allon Museum” on the grounds of Kibbutz Ginosar, one of several communal farms in Israel.

Telephone: +972-4-6727700
The Basilica of the Annunciation, in the city of Nazareth
The Basilica is one of the largest and most exclusive ones in the Holy Land aside being one of the holiest in the Christian world.

According to Tradition, the Angel Gabriel had announced to mother Mary of the birth of Jesus.

The Byzantines had built a church at this site. Afterwards, the Crusaders had built a Cathedral, on top of the former ruins, where the Bishop had resided.

In the year of 1955 it was decided to completely ruin the Church and build a new one. Famous architect, Antonio Berlucci had started the design but several years later, due to political considerations, the role had been handed to Giovanni Muccio.

The church, today, commemorates the ruins of an ancient old cave as well as the ruins of former Byzantine and Crusaders’ old churches.