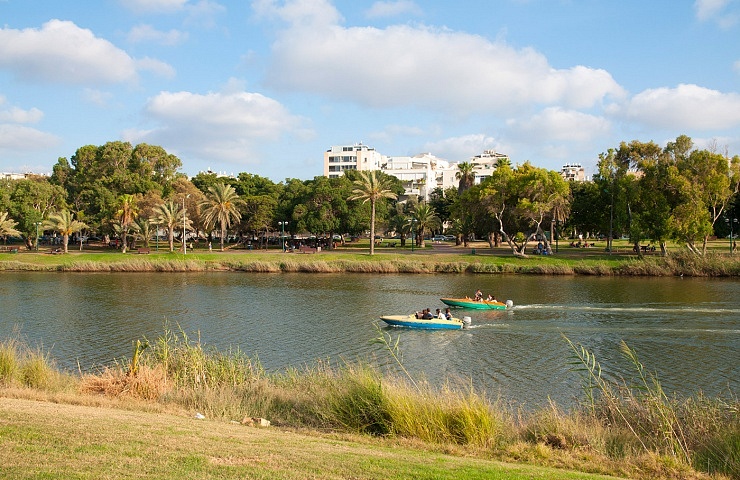 Ha’yarkon Park is also known as Ganei-Yehoshua (Joshua garden), in the midst of Tel-Aviv city, spreading over some 860 Acres alongside the Ha’yarkon river.

The park offers a variety of attractions to its visitors:

The park inhabits six sub-gardens, each unique and beautiful in its own style:
The Sons’ garden –in memory of the soldiers; sons of Tel-Aviv that had fallen at the various defense actions/wars of Israel;

The garden of Terror victims – in memory of 750 Tel-Aviv citizens that had fallen at terror acts as of 1860,

The Rock-garden, filled a variety of worldwide plants (some 3,700 species),

The cactuses garden, filled with various kinds of cactuses,

The trimmed-Garden, reflecting formal, classical and Mediterranean styles of gardening; put aside some archaeological finds,

The Tropical garden, offering a tropical green-house for tropical plants, a variety of orchids and fish pools.