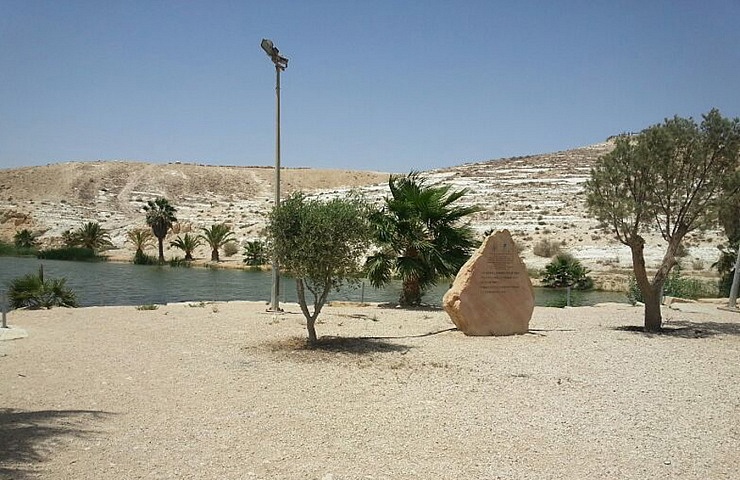 You are invited to enjoy a Gem in the desert, in the south of Israel, near Kibutz Revivim.

It started as a Quarry, in the wadi of the river, Rvivim (Asluje, in Arabic), in the middle of nowhere in the desert.

The crater that had been created by this quarry reached the level of Groundwater and had immersed into a swamp. Years later, the KKL (The Israel foundation of forests’ preservation) had turned the swamp into a park; situated in the midst of the desert-sands.

The park is open to the public and offers greenery, water, sheds to hide from the sun… and a great place for a picnic.

The park is named after former Prime Minister, the late Mrs. Golda Meir, an iron lady of the Israeli politics; who had led the country during many challenging years. One could also find nearby an ancient cave that had been turned into a museum, or choose to mount to the viewpoint (MIZPE) overlooking the area. How to reach? Drive south bound to the city of Beer-Sheba. Take road number 40 south bound to “Mashabim” junction. At this junction turn right (west bound) taking road number 222. The park is about 1 KM north to the junction, on the right side of the road.