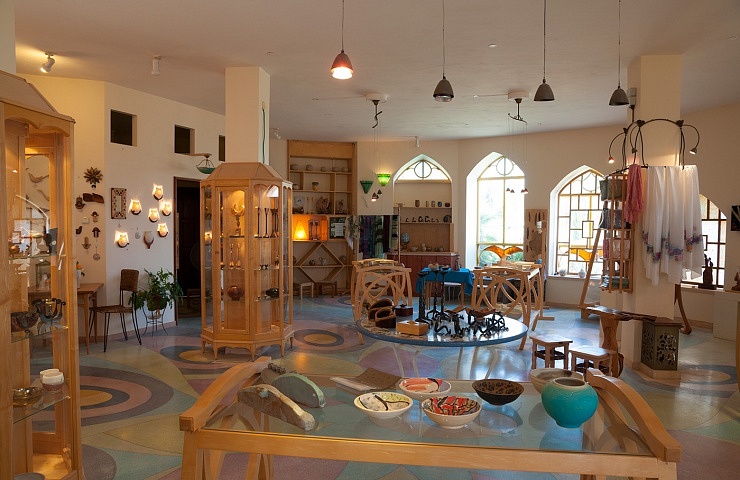 Quality and creativity are two values that enable a unique offering in Israeli boutique shops and fashion. We have gathered here several of the outstanding brands; which we believe would be of value to explore.

Agas and Tamar – unique Jewelry in Neve-Tzedek neighborhood of Tel-Aviv;

Two Israeli designers joined forces in the creation of beautiful artifacts, created of diamonds, gold, leather bands and more. The jewelry had also been presented I the famous “Sex and the City” TV series. A boutique has recently been

established in Manhattan as well.

The Mann family had established a modest store some 33 years ago, in desire to offer Jewish gifts of quality and of value.

Throughout the years Rotem stood out as being the largest and most well-known store of its kind in Israel. It offers a wide selection of Judaica, silver-art, souvenirs and jewelry- made by Israeli artists. Clients vary, they would be both local

Hazorfim – Silver Artifacts
The story starts in Europe, in the mid 1940’s, when Joseph Merdinger began studying the craft of Silver-smithing with his two partners. He headed to Israel after WW2.

Throughout the years the family joined the business and has built its name for being a boutique niche of Silver-smithing and unique artifacts mad of Silver.

Nowadays, the central Shop is based in Kfar-Daniel, on route to Jerusalem but many stores are based in various other parts of Israel and overseas.

Michal Negrin
Michal Negrin has been creating a unique brand for over two decades; a vintage-inspired design in various artifacts meant for personal jewelry, fashion, home décor, and accessories.

Michal was born in Israel, on a Kibbutz. She has been designing for nearly all her life…. When she married her husband, they decided to establish their own firm “Michal Negrin”.

In 1988, they had launched their first collection at Tel Aviv’s famous open-air marketplace,  and in light of their success, they opened a concept store in the fashionable shopping district of Sheinkin Street, in Tel Aviv.

Designed to convey a familial and romantic atmosphere, this cozy store became the inspiration of the international model for the brand’s subsequent locations.

With the growing success of the company, a factory studio was established in 1996, in Bat Yam.

Shlomo Moussaieff is an Israeli, of Bukharan-Jewish origins, who has lived in London since 1963 and is world-famous for selling exquisite jewelry to international royalty and high society, Moussaieff is also widely regarded as one of the

more famous private collectors of antiquities related to the Bible and other ancient Near-East artifacts.

He holds stores in Europe and in Israel.

Designes are based on sterling-silver and gold jewelry in combination with polymer clay, hand-crafted using an ancient technique of ‘Millefiori’, (meaning ‘a thousand flowers’ in Italian).

The colorful Millefiori patterns are designed per gemstones, crystals, plants, or various other natural textures.