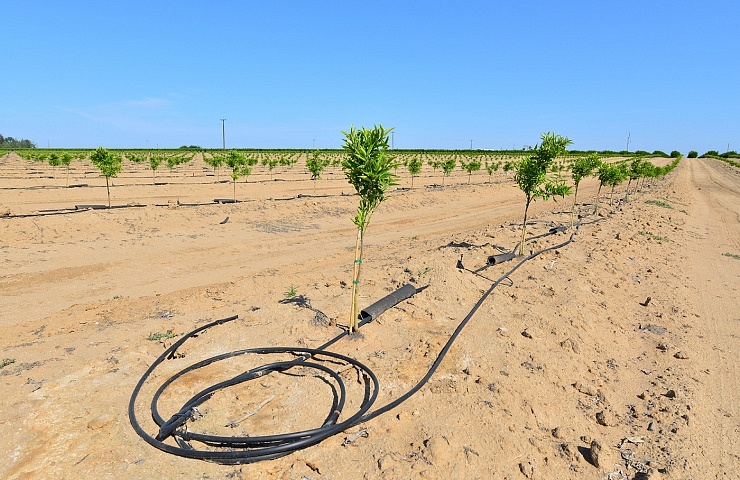 In the 1950s Israeli water engineer Simcha Blass, and his son, Yeshayahu Blass were leaders in the area of drip irrigation design. In 1965 Kibbutz Hatzerim partnered with Blass to form a company called Netafim, Together they developed and patented the first practical surface drip irrigation emitter.

Blass discovered that a slow and balanced drip of water on plants led to significant growth. He created tubing that slowly released water where it was most effective. He developed a method for water to flow through longer and wider passageways inside of the emitter. This invention allowed for less clogging in the pipes, and the velocity of water moving through them helps to slow the water down, creating a “drip”.

There are many advantages of drip irrigation. The system promotes water conservation, contributes to the reduction of weed growth, and furthers the reduction of plant stress. It is a very easy application and is cost effective. Farmers and anyone with a small home garden can use the system.

In 1967, Netafim made its first sales to farms in Israel, and began exporting not long afterwards. Israeli drip and micro-irrigation solutions rapidly spread worldwide. The newest models are self-cleaning and maintain uniform flow rate regardless of water quality and pressure.

Today Netafim operates in 150 countries through 37 subsidiaries, with 13 factories throughout the world. The company has 3,000 employees, 2,000 of whom are employed in the company’s manufacturing plants.
By RLH