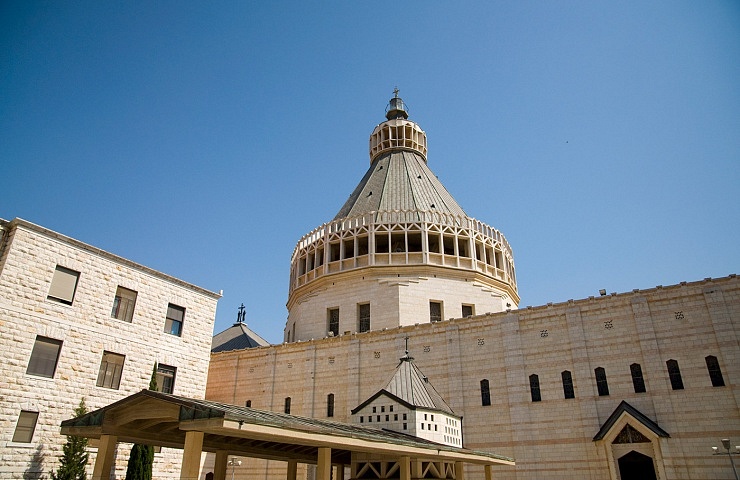 The Basilica in Nazareth is one of the largest and most exclusive ones in the Holy Land aside being one of the holiest in the Christian world.

According to Tradition, The Angel Gabriel had announced to mother Mary of the birth of Jesus.
The Byzantines had built a church at this site. Afterwards, the Crusaders had built a Cathedral, on top of the former ruins, where the Bishop had resided.
In the year of 1955 it was decided to completely ruin the Church and build a new one.
Famous architect, Antonio Berlucci had started the design but several years later, due to political considerations the role had been handed to the Giovanni Muccio.
The church today commemorates the ruins of an ancient old cave as well as the ruins of former Byzantine and Crusaders’ old churches.