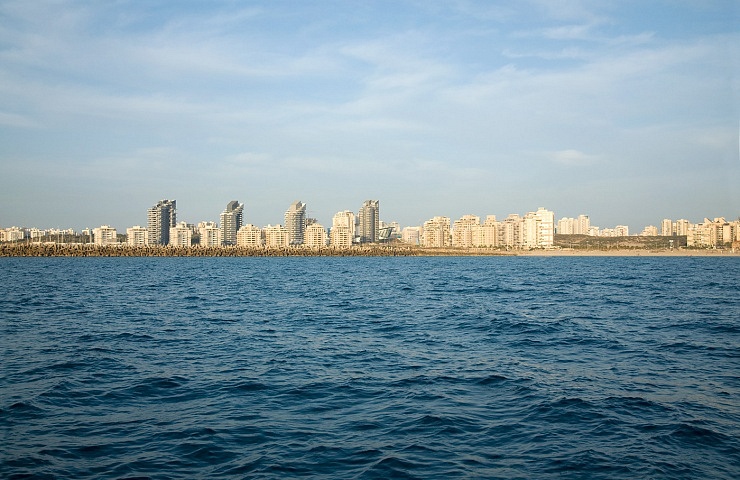 Being located on the shores of the Mediterranean coast, Ashdod had evolved into the largest port in terms of cargo-ships and in terms of volume of cargo-handling.
The other major ports of Israel are the ports of Haifa and of Eilat.
Ashdod is not far from the center of the country; situated only some 30 minutes by car from Tel-Aviv.
Many international cruise-ships, sailing in the Mediterranean, dock at the Ashdod port for 1-4 days’ tours in Israel. You are welcome to read the article about cruise-ships to Israel.
Ashdod’s beach is some eight Kilometers long, known for its beauty.
Ashdod is known to be a city built by immigrants. Citizens have arrived from many countries, such as Russia, France, Morocco, and others; creating a respectful social integration, without losing the unique identity of the communities themselves.
Ashdod is known for its investments of time, efforts and budgets in its educational system.
Ashdod hosts several local as well as international festivals including the famous International Jazz Festival “Jazz Ashdod Super” – a show combing Jazz musicians and Jazz singers of both international as well as Israeli participants; the festival is held two days in a row during the fall.
Another notorious artistic aspect of the city is its International competition of ballroom-dancing; in Latin American studies – conducted in the sports hall “Campus” City Quarter. Judges arrive together with delegations from over 20 countries.
About six Kilometers southeast of the city, one can enter an archeological site, Tel-Ashdod; its remains of ancient settlements tell the story of days long gone by.